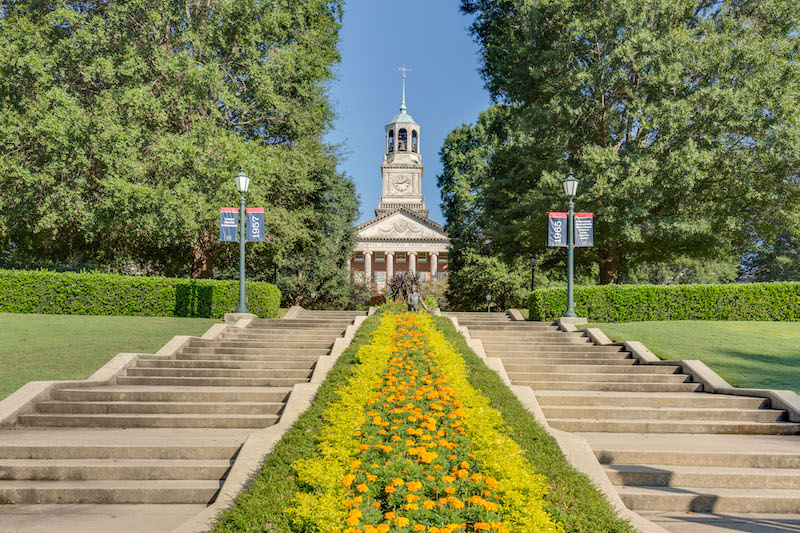 Samford University is ranked among the best nationally for its return on investment for students, according to a recent study by student loan refinancing service LendEDU. The university ranked #2 in Alabama and #129 out of the 798 national four-year colleges and universities analyzed for its fifth annual College Risk-Reward Indicator study.

According to the report “Colleges with the Best Return on Investment,” return on investment has become a major factor in students’ decisions when it comes to selecting a college or university.  The ranking is based on the “College Risk-Reward Indicator,” which assesses the average early pay of graduates divided by average student loan debt. Samford scored favorably due to an average salary of $48,400 and debt of $10,608. The ranking is based on data from Peterson’s Financial Aid Dataset and PayScale’s College Salary Report.

Central to this ranking is the consistently high rate of employment experienced by Samford graduates. The university monitors the employment and graduate school placement of all its undergraduates, and reports the results for each graduating class. Six months after degree completion, 97 percent of Samford’s 2019 graduates reported being either employed or continuing their education in graduate school.

In addition, Samford graduates have historically experienced exceptionally low student loan default rate due the university’s tailored approach to admissions and financing. In the most recent data publicly available, Samford reported a default rate of 1.9%, significantly below the national averages of 10% for public institutions and 7% for private institutions.

“This ranking shows one of many ways Samford benefits its students immediately upon graduation,” said Lane Smith, director of Student Financial Services. “We know students and their families are weighing important factors like loan debt and employment rates as they evaluate their choices for higher education and we’re confident in the tremendous value we provide to our graduates.”

This latest ranking is among many highlighting Samford’s growing national reputation. Samford is regularly recognized as one of the top Christian universities in the United States, and receives consistently high marks for value. Most recently, Samford was named 3rd nationally for student engagement by The Wall Street Journal/Times Higher Education. The university is ranked 34th nationally among private universities on Kiplinger’s Personal Finance’s “Best College Values” list.