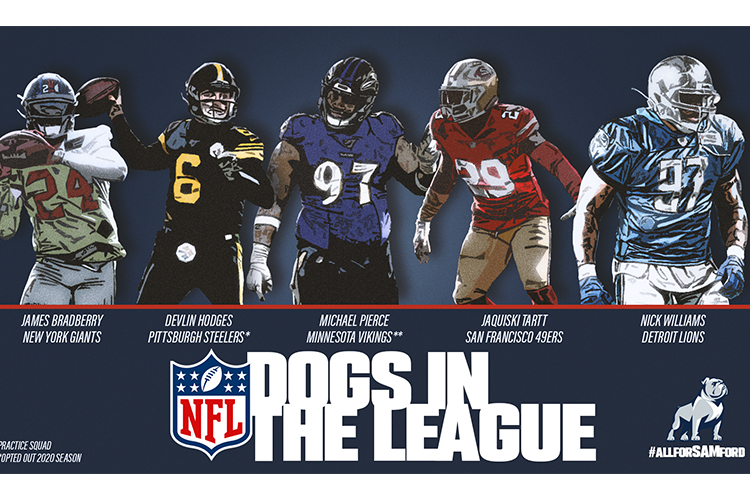 Five former Samford football players opened the NFL season with team deals, including three that are listed on active rosters entering the season.

In four seasons with the Panthers, Bradberry tallied 279 tackles, including 222 solo stops. He has also intercepted eight passes in his NFL career.

Last season, Tartt and the 49ers reached the Super Bowl and hope to build off that success this season. Over his five-year career with San Francisco, Tartt has accumulated 271 total tackles, with 203 being solo. Tartt has picked off three passes and recovered two fumbles as a 49er as well.

Williams enters his seventh season in the NFL, having played with the Kansas City Chiefs, Miami Dolphins and Chicago Bears. In 2019 with the Bears, Williams had a career-high 42 tackles, including 24 solo stops. He also had a team-high six sacks during the 2019 season.

In addition to the three players on active rosters, defensive lineman Michael Pierce is entering his first season with the Minnesota Vikings after four years with the Baltimore Ravens, but he has decided to opt out of the 2020 season due to concerns over the COVID-19 pandemic. Quarterback Devlin Hodges, who saw time as a starter for the Pittsburgh Steelers last season, is currently on the team's practice squad.

To follow each players' progress throughout the season, click on the links to the active-player bio pages below.