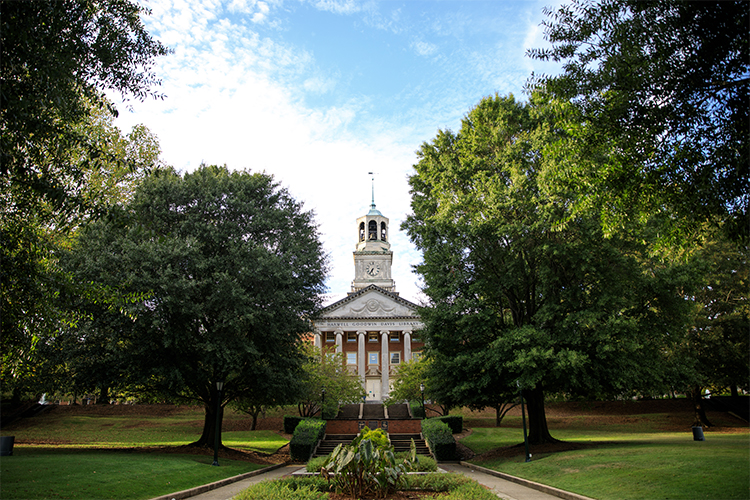 Samford University’s Division of Marketing and Communication team received a record number of awards and accolades during 2019-20.

The Cumberland School of Law viewbook won a silver award for recruitment publication from the regional Council for Advancement and Support of Education District III Awards Program.

At the Collegiate Advertising Awards Beeson Divinity School’s Andrews Gerow Hodges Chapel brochure and the School of the Arts calendar both earned gold awards in their respective categories. Cumberland School of Law Viewbook earned a silver award for recruitment.

This is the 17th consecutive year the division has been recognized nationally for its work.