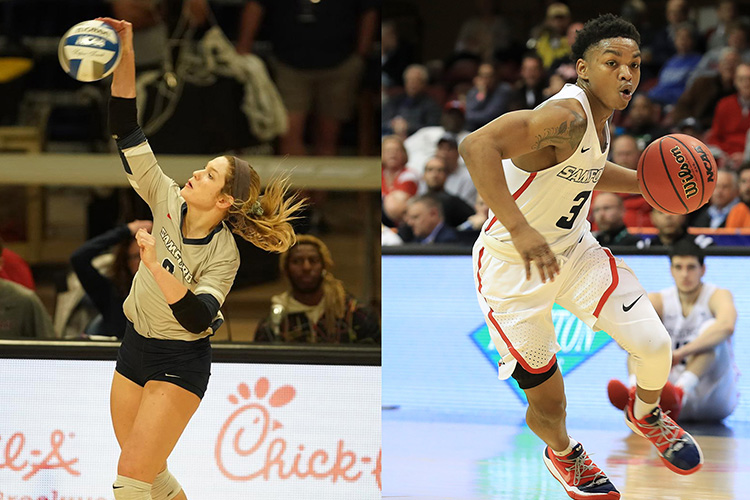 Former men’s basketball star Josh Sharkey signed a contract with the Tigers Tübingen in Baden-Württemberg, Germany, and the team competes in the ProA league in Germany. Former volleyball standout Kelsi Hobbs has signed to play overseas with KP Brno in Brno, Czech Republic.

Sharkey ranks seventh in school history in scoring with 1,592 career points. During the 2019-20 season, Sharkey led the team in scoring, averaging 18 points per game.

Tigers Tübingen opens the 2020-21 season on Oct. 24, when the club plays host to Phoenix Hagen. Hobbs, a native of Hoover, Alabama, wrapped a record-breaking Samford career in 2019. She was named the Southern Conference's Player of the Year after leading the league in total kills (466) and kills per set (3.95) as a senior. She led the team to the SoCon's regular-season title with a program-best 15-1 conference record. The team finished with an impressive 24-6 overall record.

The Bulldogs won the 2019 SoCon Tournament, marking the program's third title in Hobbs' four years with the program. Hobbs was named the Most Outstanding Player of the tournament after tallying 23 kills in the team's semifinal win over Furman, and 26 kills in the title match win over ETSU.