Davis, Carlisle to Lead Samford’s Board of Overseers for 2021 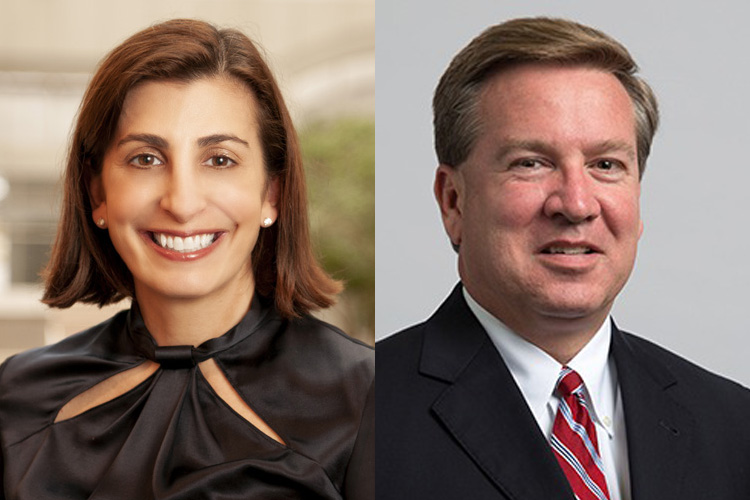 Two of Birmingham’s business leaders have been selected to lead Samford University’s Board of Overseers for a three-year term. Leigh Davis M.B.A. ’05, will serve as chair and Todd Carlisle ’88, J.D. ’91, will serve as vice chair.

Davis is vice president for economic community development at Alabama Power Company where she leads a team responsible for economic, community and commercial business development across the state. Davis has also been an active member of the Brock School of Business Dean’s Advisory Board.

Carlisle, a two-time graduate of Samford, is president and shareholder of Sirote & Permutt, PC where his practice focuses on mergers and acquisitions and general corporate representation. Carlisle is a past president of the Samford Alumni Association and was recognized as the university’s Alumnus of the Year in 2015.

The 36-member Board of Overseers was inaugurated in 1998 to provide advice and counsel to the Samford president and Board of Trustees. It includes distinguished leaders from around the nation whose perspectives offer a broad representation of the university's constituency.

New members of the Board of Overseers include:

Jennifer Rash ’07 of Birmingham, Alabama, president and editor-in-chief of The Alabama Baptist

Jeremy Towns ’13 of Birmingham, Alabama, a resident physician at the University of Alabama at Birmingham