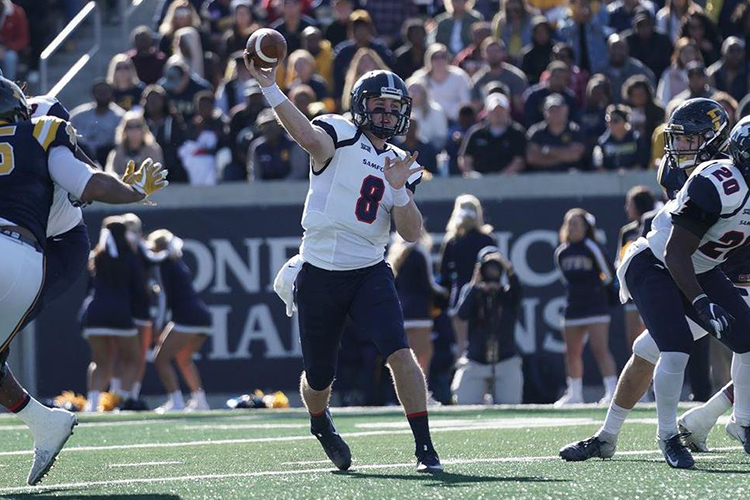 Hodges spent his first two NFL seasons with the Pittsburgh Steelers, who signed him as an undrafted free agent out of Samford in 2019. He appeared in eight games as a rookie in 2019, completing 100 of 160 pass attempts for 1,063 yards with five touchdowns. He spent the 2020 season on the Steelers' practice squad.

During his Samford career, Hodges threw for an FCS-record 14,584 passing yards. His total broke the old FCS national record of 14,496, set by Steve McNair at Alcorn State from 1991-94.

As a senior in 2018, Hodges had six games in which he threw for at least 400 yards. He was a three-time SoCon Offensive Player of the Year and two-time All-American. Hodges, the 2018 Walter Payton Award winner as the top offensive player in all of FCS football, set a school record for single-season passing yards, throwing for 4,283 yards during his senior season.
Samford is a leading Christian university offering undergraduate programs grounded in the liberal arts with an array of nationally recognized graduate and professional schools. Founded in 1841, Samford is the 87th-oldest institution of higher learning in the United States. The Wall Street Journal ranks Samford 1st nationally for student engagement and U.S. News & World Report ranks Samford 37th in the nation for best undergraduate teaching and 97th nationally for best value. Samford enrolls 5,758 students from 48 states and 22 countries in its 10 academic schools: arts, arts and sciences, business, divinity, education, health professions, law, nursing, pharmacy and public health. Samford fields 17 athletic teams that compete in the tradition-rich Southern Conference, and ranks 3rd nationally for its Graduation Success Rate among all NCAA Division I schools.
Director of Communication
Holly Gainer
Hgainer1@samford.edu
912-344-8443