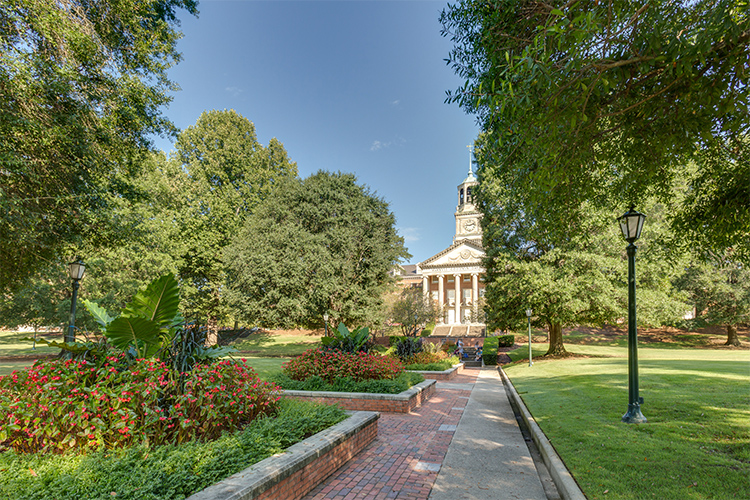 Samford University is ranked first in Alabama and among the best private universities nationally for its return on investment for students, according to a recent report from the Georgetown University Center on Education and the Workforce (CEW).

The ranking is based on analyzed data from the expanded College Scorecard to calculate the net present value of a credential from 4,500 colleges, including traditional two-year and four-year public and private colleges, as well as for-profit colleges and training academies.

Researchers found that degrees from private nonprofit colleges typically have a higher return on investment when measured in the long term. Even though students take out more than twice as much in loans on average to attend private colleges, a degree from a private nonprofit college is worth $8,000 more annually 10 years after enrollment. The study noted that over the course of 40 years, the average Samford graduate has a net economic gain of $982,000, even after paying off higher amounts of debt, compared to $765,000 for a graduate of a public college.

In addition, Samford graduates have historically experienced exceptionally low student loan default rates due to the university’s tailored approach to admissions and financing. In the most recent data publicly available, Samford reported a default rate of 2.6%, significantly below the national averages of 9.3% for public institutions and 6.7% for private institutions.

“We know students and their families are weighing important factors like employment rates and return on investment as they evaluate their choices for higher education and we’re confident in the tremendous value we provide to our graduates,” said Lane Smith, director of Student Financial Services. “This study shows one of many ways Samford benefits its students immediately upon graduation.”

This latest finding is among many highlighting Samford’s growing national reputation. Samford is regularly recognized as one of the top Christian universities in the United States, and receives consistently high marks for value. Most recently, Samford was named 2nd nationally for student engagement by The Wall Street Journal/Times Higher Education. The university is ranked 34th nationally among private universities on Kiplinger’s Personal Finance’s “Best College Values” list.