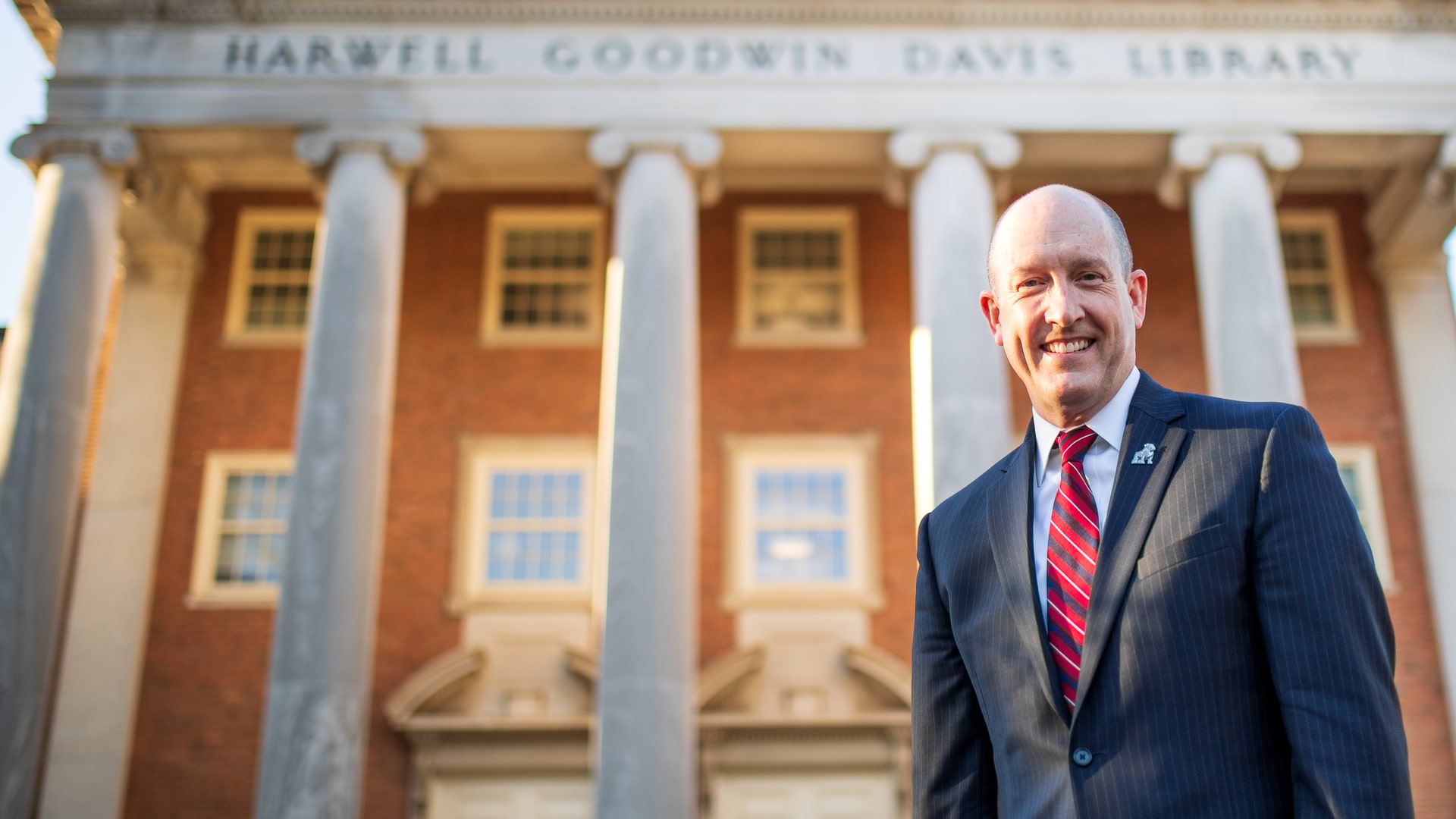 We are pleased to announce Samford’s 19th president

The new president’s election came at a special meeting of the Samford University Board of Trustees this morning. Taylor, 51, was recommended to the board by a 23-member presidential search committee following a six-month national search involving more than 80 nominations and applicants.

“We could not be more pleased with the appointment of Beck Taylor as the 19th president of Samford University,” said William J. Stevens, chair of the Samford Board of Trustees. “He brings an exceptional record of academic leadership, demonstrated success in fundraising, and a personal commitment to Samford. We unanimously and confidently agree that President-elect Taylor possesses the experience, strategic vision, and alignment with our values to continue building Samford’s reputation as a leading Christian university.”

The current president of Whitworth University, Taylor is no stranger to the Samford community, having served as dean and professor of economics for Samford’s Brock School of Business from 2005-2010.

“I am profoundly honored and excited to return to Samford University, and to follow my good friend, Andy Westmoreland,” said President-elect Taylor. “Samford is a crown jewel in Christian higher education, and it is committed to pursuing excellence at the intersection of faith and learning. My wife, Julie, and I already love this place and its people, and we look forward to the journey ahead.”

Taylor’s tenure as the 18th president of Whitworth, a position which he has occupied since 2010, has been highlighted by a renewed emphasis on community involvement; efforts to enhance academic programs and quality; the building of new campus infrastructure to facilitate the university's academic, athletic, and student life programs; the creation of newly endowed faculty positions and centers; leading Whitworth's largest-ever comprehensive fundraising campaign; and an emphasis on overall institutional effectiveness.

The school's entrepreneurship program was recognized in 2010 as the nation's top emerging program by the U.S. Association for Small Business & Entrepreneurship. In an effort to build bridges between students and the Birmingham business community, Taylor established the Samford Business Network, as well as a 45-member advisory board of influential business leaders.

After earning his undergraduate degree from Baylor University with majors in economics and finance, Taylor was employed as an analyst for Andersen Consulting (now Accenture) in Houston, Texas. He went on to earn his M.S. and Ph.D. in economics from Purdue University. Shortly thereafter, he returned to Baylor as associate dean for research and faculty development for the Hankamer School of Business, and was named the first holder of the W.H. Smith Professorship in Economics. In 2002, he was appointed as a visiting scholar by Harvard University where he spent one year in residence at the Harvard Graduate School of Education.

Taylor is a member of numerous professional and academic organizations, and he has served as a strategic business consultant for dozens of organizations. He and his wife of 28 years, Julie, have three children: Zachary, 25, Lauren, 22, and Chloe, 14.

Inauguration ceremonies will take place in the fall.