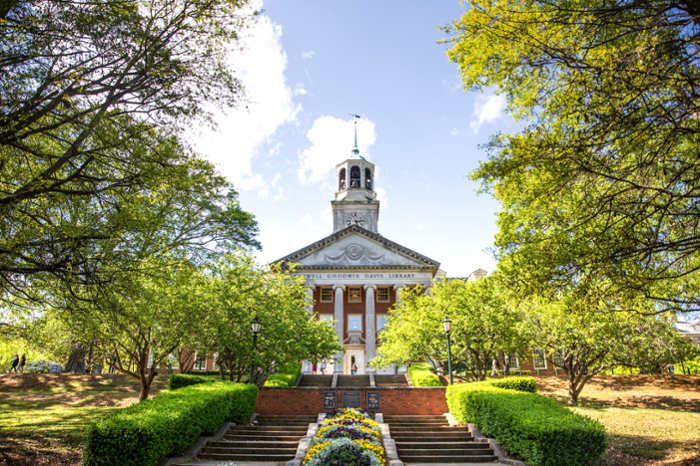 Samford University’s Board of Trustees approved new faculty, new academic programs and candidates for spring graduation at their meeting on April 27.

More than 1,300 candidates for spring graduation were approved by the trustees. Following their vote, trustees continued their long-standing tradition of praying for the students as they prepare to graduate.

Two faculty members were appointed to endowed chairs, beginning in the 2020-21 academic year: Matthew Mazzei as the Brock Family Chair in Entrepreneurship and LaJuana Davis as the Judge J. Russell McElroy Professor of Law.

In a series of reports by university administrators, trustees heard updates on student recruitment, athletics, advancement, marketing, and progress on the campus master plan. The advancement report noted that as of April 19, more than $221.3 million has been given or pledged to the $300 million Forever Samford campaign. As of February 28, the university’s endowment was valued at $326.7 million.

Trustees received an update on the work of the university’s Task Force on Racial Justice, which was established in June 2020 to advance the university’s commitment to promote and support racial diversity across campus. In a unanimous vote, the trustees affirmed the final report of the task force with a resolution that “extends appreciation to the members of the Task Force on Racial Justice for their devoted efforts to this worthwhile and righteous calling and stands in solidarity with the University administration, faculty, students and other stakeholders in achieving the goals recommended in the task force report.”