Thursday, July 1, was Samford University President Beck A. Taylor’s first day in office, a day filled with traditions, as well as meetings with key university stakeholders. Taylor, who is the university’s 19th president, was joined by his wife, First Lady and Executive Director of Legacy League Julie A. Taylor.

Taylor, who succeeds President Emeritus Andrew Westmoreland, previously served as the president of Whitworth University. Prior to that, he was dean of Samford’s Brock School of Business.

“I do not think there is another school like Samford in the country that combines great academics and a faithful community, and prepares students for lives of meaning and purpose in the world,” Taylor said. “Only Samford could call me back and we are overjoyed to be here.” 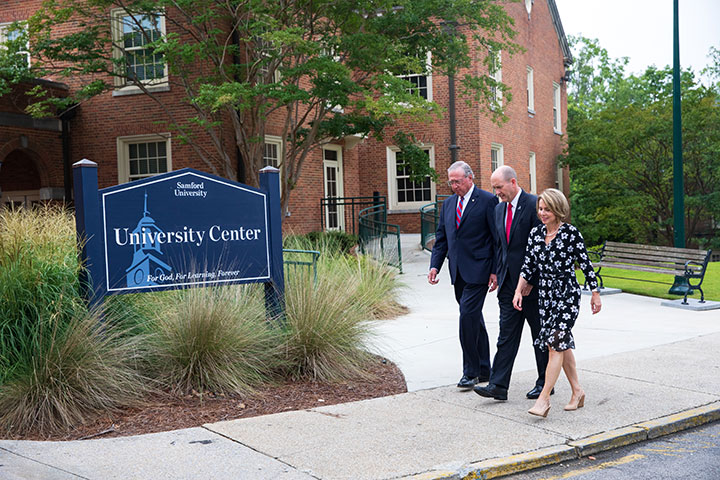 President Taylor and First Lady Julie Taylor arrived to campus, greeting Board of Trustees Chairman William Stephens, who welcomed them to campus at the University Center. 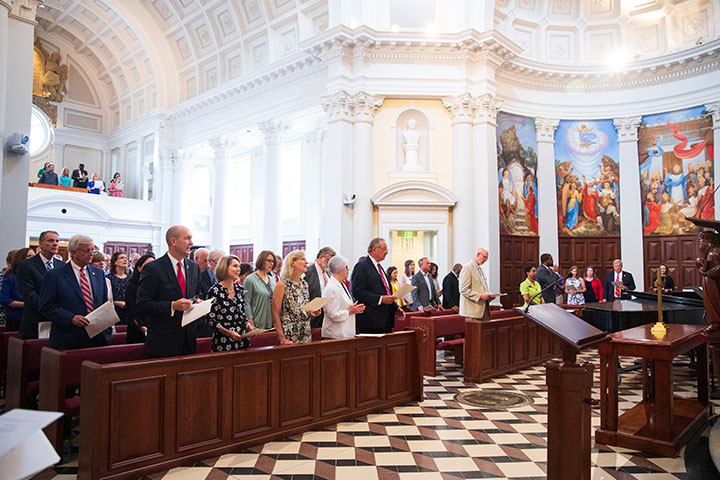 The Taylors joined members of the Samford community for a special morning prayer service in Andrew Gerow Hodges Chapel. Douglas Sweeney, dean of the Beeson Divinity School, presided over the ceremony. 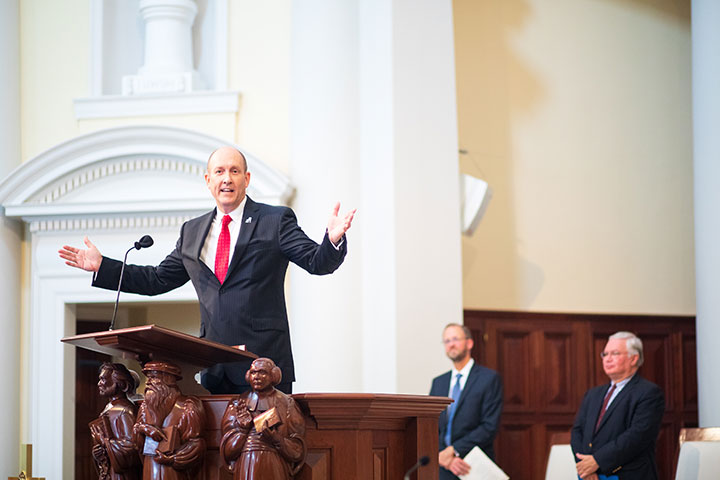 A reading of scripture, exhortation and prayer was given by several members of the Samford and Baptist community, including Michael Hardin, provost and vice president; Cecelia Walker, executive director of chaplaincy and clinical pastoral education at Brookwood Baptist Health; David Eldridge, senior pastor at Dawson Memorial Baptist Church; and Rachel Wood, president of the Student Government Association of the Beeson Divinity School. President Taylor provided the benediction at the end of the service. 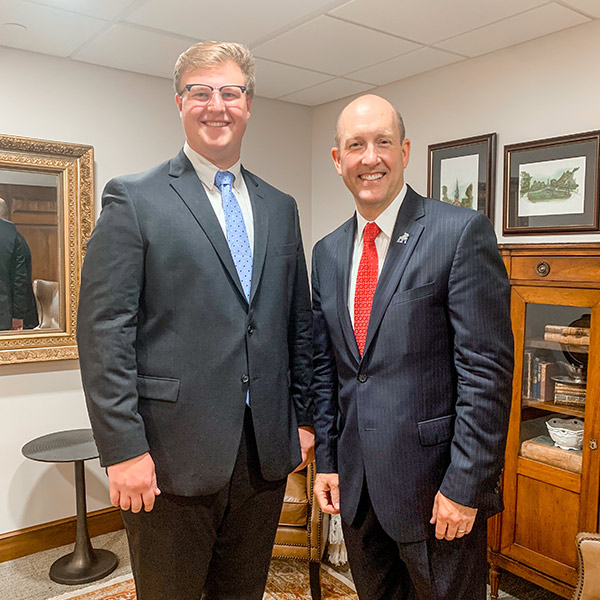 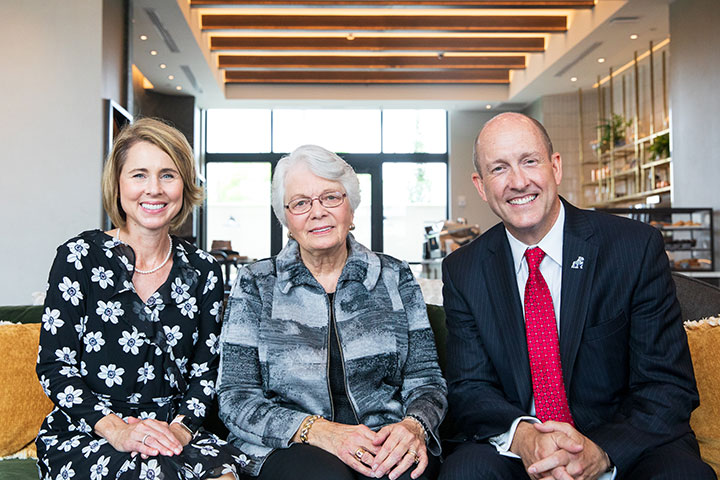 President and First Lady Taylor met with the Corts family, including Marla Corts, the wife of President Emeritus Thomas Corts, who passed away in 2009. The Taylors and the Corts enjoyed lunch at the Valley Hotel.

The Taylors met with Birmingham Mayor Randall Woodfin at Birmingham’s City Hall, where they discussed how the city and the university will continue to serve as partners, as well as the role Samford plays in the community. Mayor Woodfin is a graduate of Cumberland School of Law. 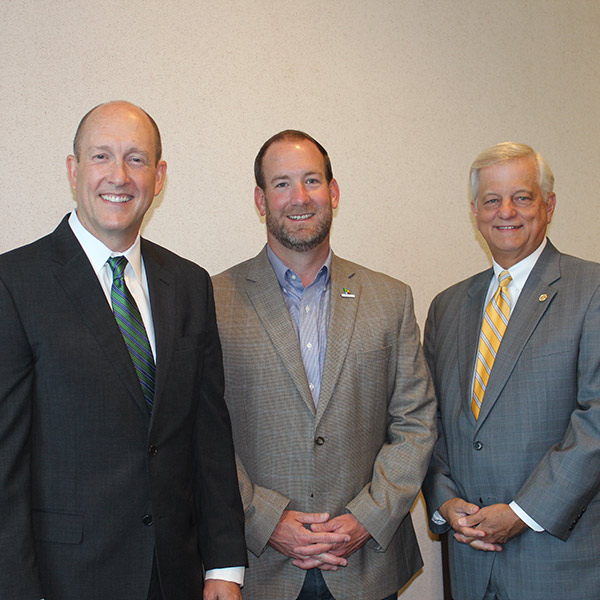 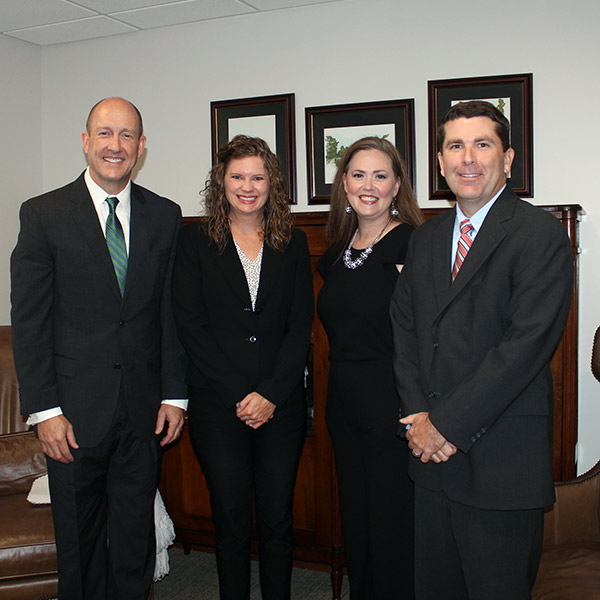 President Taylor wrapped up his day and a half of meetings with a sit down with the leaders of the university’s Staff Advisory Council. He met with Chair Katheryn Boyd, Chair-Elect Keith Deakle and Secretary Cameron Barnes.