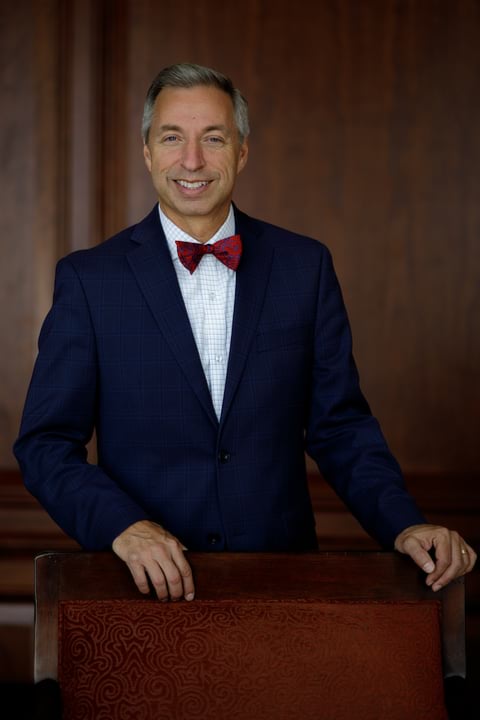 Joseph Hopkins, dean of Samford University’s School of the Arts, has been named the next president of Campbellsville University, effective Feb. 1, 2022. Hopkins was elected the 12th president in the 115-year history of the Christian university in Campbellsville, Kentucky, by the university’s board of trustees on Nov. 8.

“I know you will join me in congratulating and thanking Dean Hopkins for his tremendous service to Samford,” said President Beck A. Taylor. “Through this new opportunity, I am certain his experience and leadership will strengthen and advance the faith and learning of the Campbellsville community.”

Hopkins was named dean of Samford’s School of the Arts in 2006. As dean, he led the school through extensive growth in enrollment, fundraising and community engagement. Under his leadership, Hopkins recruited acclaimed faculty, established new programs, created innovative curricula, and introduced vibrant international programs.

“It has been an honor to work with Dean Hopkins and watch the School of the Arts flourish under his leadership,” said J. Michael Hardin, provost and vice president at Samford. “His contributions to the university will be appreciated for decades to come. I know I speak for the entire Samford family when I say we will be supporting him, and his family, as they transition to  Campbellsville University.”

“The Samford community has taught, strengthened, encouraged and sustained me through challenges and triumphs,” Hopkins said. “We have never had a stronger faculty and staff, and the future is exceedingly bright as the School of the Arts looks toward new facilities, staffing and opportunities.”

Prior to being appointed as dean at Samford, Hopkins served as dean of the Petrie School of Music at Converse College and chair of the Department of Music at the University of Evansville.

Samford will conduct a national search for a new dean. Transition plans will be announced at a later date.