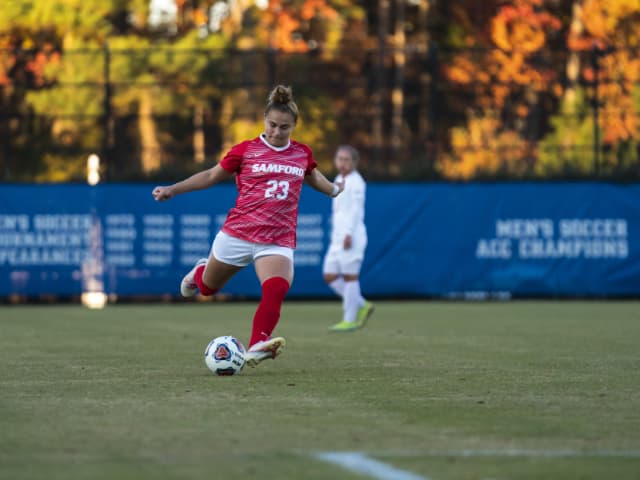 Samford University’s student-athletes rank among the best in the nation according to the latest NCAA Graduation Success Rate (GSR) Report, released Thursday, Dec. 2.

The university received an overall score of 97%, tying for third place among all Division I universities in the nation, along with an impressive group of peer institutions that include Vanderbilt University, the University of Notre Dame and Colgate University.

Samford ranked first amongst Division I schools in Alabama and tied with Wofford College for first in the Southern Conference.

"Our student-athletes have continued to work hard to do things the right way both in the classroom and in competition," said Paige Mathis, Samford's assistant director of athletics for academics. "The scores they have earned continue to be impressive and have always been a source of pride for our department. We know our student-athletes will continue to put in the work needed to post these high scores in the years to come."

The university has a long history of performing at a high level for its combination of excellence in both academics and athletic competition and has consistently earned an overall GSR score of above 90 percent since 2012.