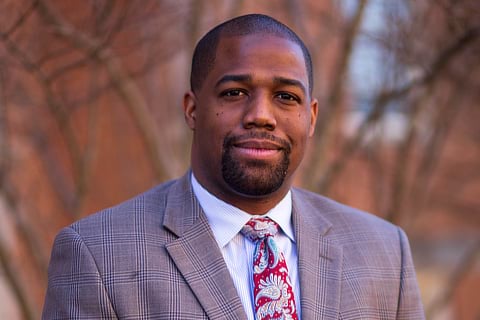 Cameron Thomas ’14, M.Div. ’17, Samford University’s director of diversity enrichment and relations, has been listed in the Birmingham Business Journal’s NextGen BHM: Education and Workforce Development Awards. The awards honor professionals under the age of 30 who are shaping the future of Birmingham’s talent pool.

Through his role in Samford’s Office of Diversity and Intercultural Initiatives, Thomas is committed to helping shape the future of Samford through progressing critical diversity initiatives. He oversees the development of an enhanced and diverse curriculum across all undergraduate and graduate programs, manages and directs office sponsored diversity development grants and works with the deans of all academic units to assess and formulate opportunities for diverse candidate pools in hiring. His responsibilities also include overseeing the university’s Ragland Scholars program, an intentional academic cohort for multicultural students, facilitating office assessments and working to increase minority alumni engagement.

“I am honored at this recognition,” Thomas said. “Samford has been a place that has offered so many opportunities to me as I have developed as a person and as a professional. The relationships with mentors who have become colleagues display the intentionality of the community here. My hope is always that my service reflects the investment of so many who have empowered me by seeing more out of me than I could see out of myself.”

Previously a member of Samford’s Office of Admission, Thomas worked to recruit students in numerous territories and leading office initiatives for recruitment of underrepresented student populations.

“I have known and respected Cameron since his first days as an undergraduate student at Samford and I have watched—with gratitude—in the intervening years as he has worked for the holistic benefit of Samford and the greater Birmingham community. Cameron represents the best of the Birmingham community,” said Samford President Emeritus Andrew Westmoreland.

Thomas’ leadership extends beyond Samford’s campus. He is the senior pastor of the Mount Zion Missionary Baptist Church of Cropwell, Alabama, serves on numerous boards and foundations across the state of Alabama, and is a member of Alpha Phi Alpha Fraternity Inc.

Before joining the Samford staff, Thomas set his path for success at a young age. While a student at Samford, Thomas served as a two-term Student Government Association (SGA) President, created the SGA’s Multicultural Affairs Committee, and initiated the Honor Code Pledge that all undergraduate students must take.

After graduation Thomas continued to further his education by receiving a Master of Divinity from Samford’s Beeson Divinity School and he also holds a graduate certificate in Diversity & Inclusion Management from Cornell University. A lifelong learner, Thomas is now pursuing a Ph.D. in preaching from Baylor University’s George Truett Theological Seminary.