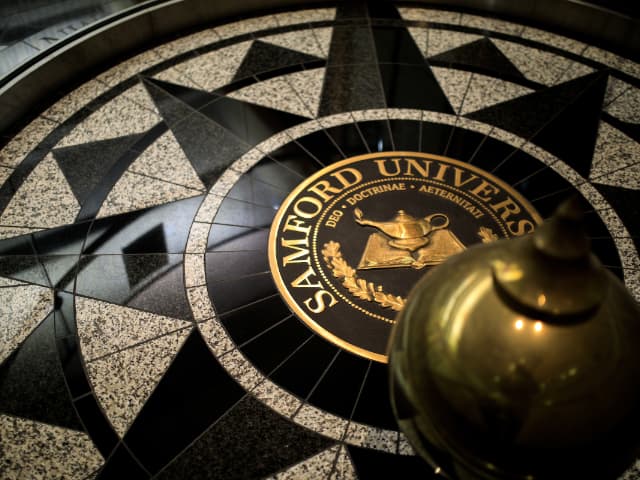 “I have always known the Samford family to be incredibly generous. Our donors’ investments in Samford’s future, and in the future of our students, fuels my energy and excitement about the university’s future,” said President Beck A. Taylor. “Samford depends mightily upon faithful partners who see giving back to the university as part of their responsibility to bless the lives of the world’s next generation of Christian leaders. I’m so grateful for all who have and will continue to answer that call.”

“In light of the economic uncertainties during the pandemic, this is extraordinary generosity and, in some cases, sacrifice,” said Randy Pittman, vice president of university advancement.

Through the campaign, 48% of the money raised was designated toward new and existing scholarships, including the establishment of 302 new endowed scholarships.

“I’m pleased with the campaign not for the dollars given and pledged but because of the impact of the gifts on the lives of our students and employees, now and for all time to come. All of the gifts were important, but I’m especially grateful for the progress achieved in providing for stronger endowed funds for scholarships. We were overwhelmed by the response of our alumni and friends to our requests for support,” said President Emeritus Andrew Westmoreland.

“We are so very grateful for every donor to the Forever Samford campaign—the many long term, faithful donors as well as the new donors. Samford’s story is a story worth telling. Every campaign, alumni meeting, every place the Samford story is shared is of immense importance,” said William Stevens ‘70, chairman of the Board of Trustees, and his wife Kimeran Stevens ’70. “The success of the campaign proves that there are many who desire a place like Samford to last long into the future!”

The funds from Forever Samford will also go toward the university’s operations, academic, arts and athletic programs, as well as building construction and renovation.

Gifts to assure Samford will thrive in the future was another key measure of success from the campaign.

“I am pleased that, of the total raised, $115 million will be coming in future years from firm pledges and estate commitments, strengthening the university’s cash flow well into the future,” Pittman said. “Above all, I am thankful to God for showing His favor to Samford and inspiring His people to give generously.”

The campaign concluded on Dec. 31, 2021. To learn more about Forever Samford or to make a gift, visit this site.