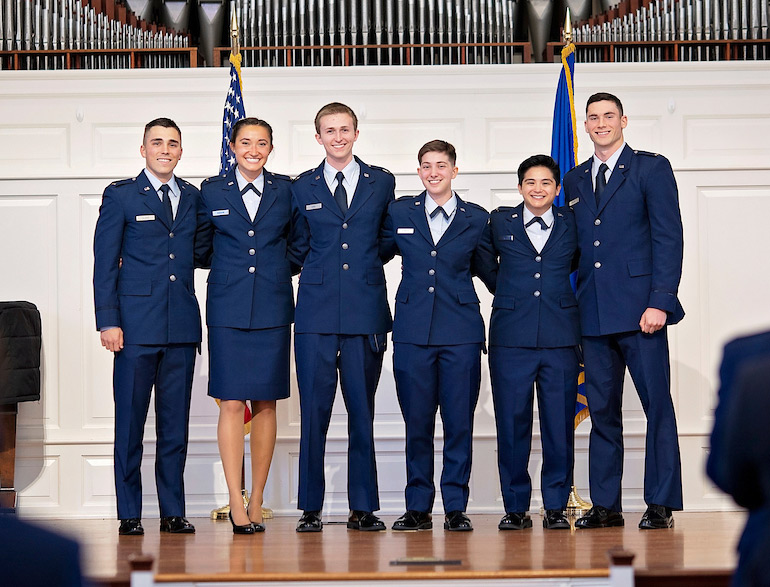 Six cadets were appointed as second lieutenants in the U.S. Air Force during the spring commissioning ceremony for the U.S. Air Force ROTC Detachment 012 on May 9 at Samford University. The detachment, located on Samford’s campus, trains cadets from colleges and universities throughout the Birmingham area.

Of the six cadets, two were Samford graduates. 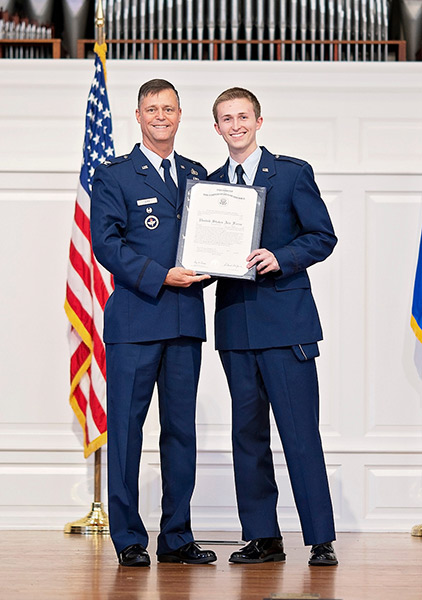 There were special moments throughout the ceremony, including when David King was commissioned by his father, Col. Richard King Jr., who also served in the U.S. Air Force.

“Air Force ROTC means a lot to me, especially because my dad was in the military. He’s a former Force Support Officer in the Air Force as well, which is actually what I am about to do, so joining Air Force ROTC helped me to able to grow and understand him better even,” David King said. “I have been alongside some of the best people both here at Samford and from nearby universities. It has been an incredible experience.”

“The Air Force did a study, and they found that while we recruit airmen, we retain families. The support they get from their families often determines the length of their service. You contribute to their success,” Payne said.