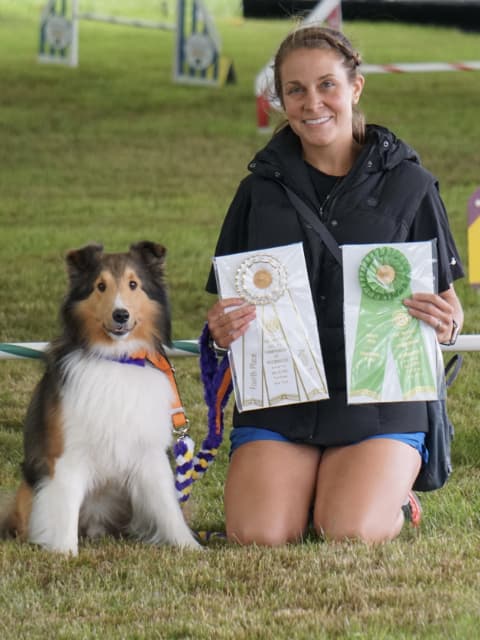 From the outside looking in, life for Viveka ’11 and Parker Rosenberger ’11 may seem like organized chaos, but according to Parker, they wouldn’t want it any other way. With three children, five dogs and two careers that require frequent travel, maintaining a balanced life with ample family time may seem impossible, but not for them. Instead, they have made Viveka’s success in the dog agility field a priority and a career that has taken the family of five all over the United States, including to New York for the Westminster Kennel Club Dog Show this past June.

For the first time, Viveka and her Shetland Sheepdog, Monty, competed in the world-renowned competition, earning 12th overall out of 75 dogs. And who was with her, supporting her each day? Parker and their three children. 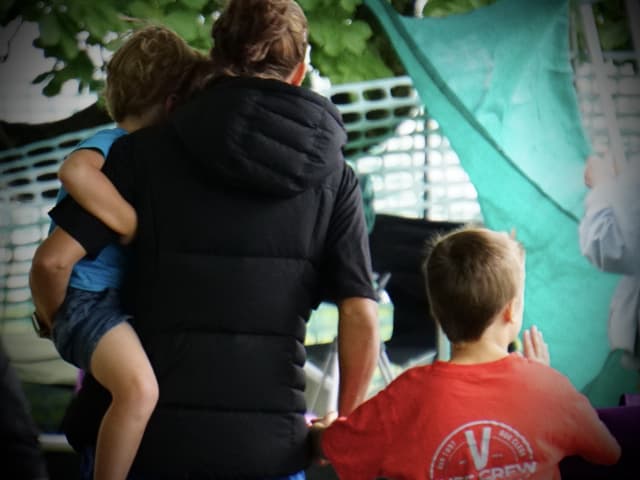 “When we were at Westminster, she had both of our boys in her arms, and she is out there practicing the course with her children. We make it a family affair,” Parker said. “We love to travel, and we’ve been able to do both.”

For Viveka and Parker, who met at Samford as undergraduate students, entering into the dog agility world has not only been a bonding experience for the family, but also a business opportunity.

The two launched V Ruff Crew where they partner with companies through affiliate marketing and hope to launch a training program in the future. It is also a place for Viveka and Parker to connect with others in the dog agility world—a place where they often encounter fellow Bulldogs.

“It’s a very small world and everywhere we go, we run into a Samford connection. Everywhere we go around the country and the world, we always run into someone affiliated with Samford, and we would not have had that had it not been for the university,” Parker said.

Viveka fell in love with the dog agility field in 2014 when she took an agility class with her Australian Shepherd, Sadie. She and Sadie entered national competitions shortly after the birth of her second child. Now that Sadie is retired, she currently competes with Monty.

Each year, she travels about 45,000 miles across the country to compete. To keep the family together, the Rosenbergers purchased a 30-foot camper that they drive and live in while they are on the road.

“She is known for taking the kids and loves that she can do this professionally and share it with the children and me,” Parker said. “She has also inspired and encouraged other mothers who are interested in entering this field and shows them how she juggles having kids on the road and competing at the same time.”

For more information about Viveka and Parker and V Ruff Crew, go to the V Ruff Crew website.