Published on October 16, 2019 by William Nunnelley   Share this on: 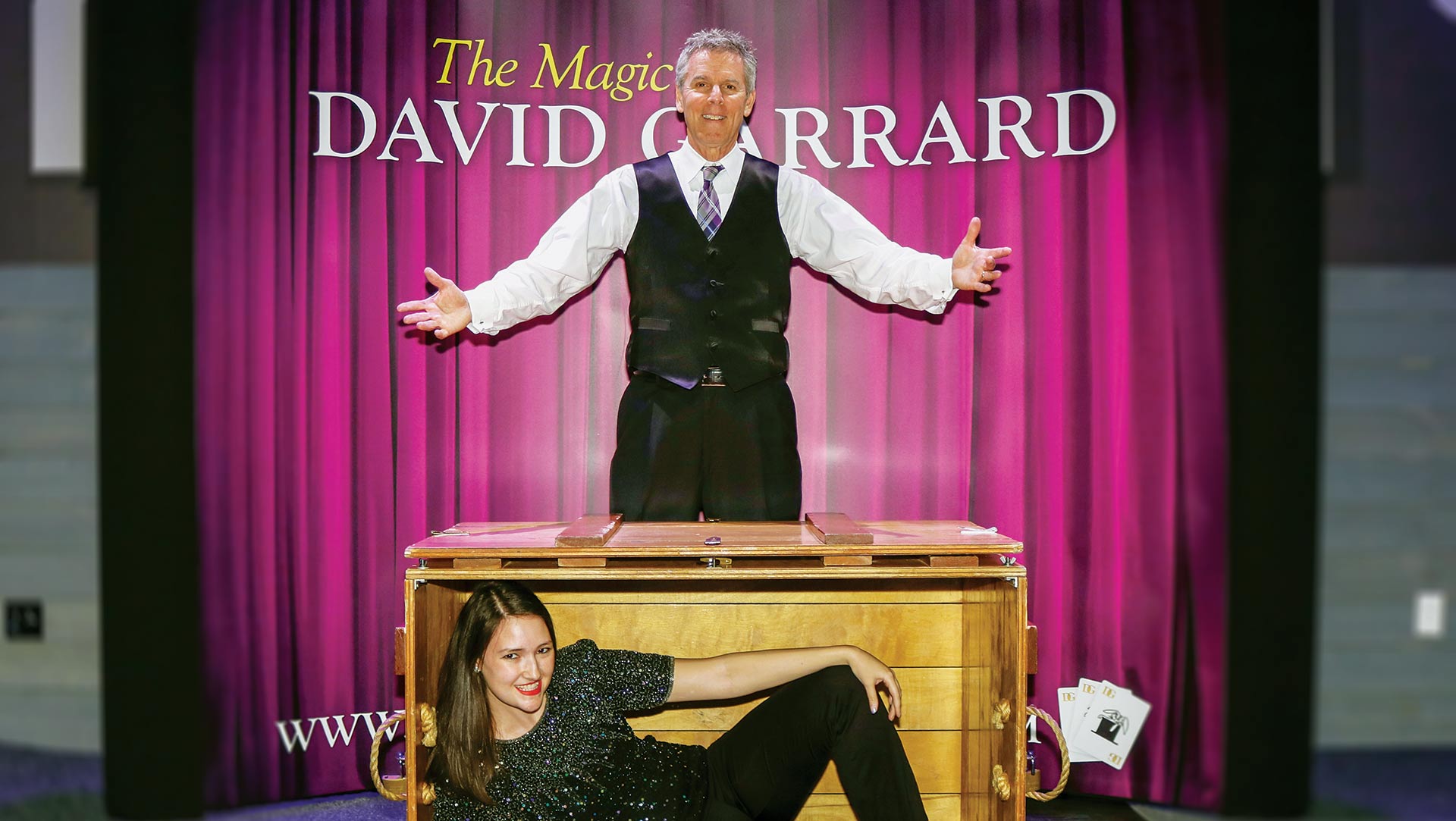 Samford alumnus David Garrard has been entertaining with magic for more than 50 years.

“I love the way magic makes people smile and laugh,” he says. “I also love using magic to inspire and encourage.”

Garrard performed recently in Samford’s Wright Center. He recalled that it was just being built when he was a student.

The 1975 graduate said he had “lots of great memories” about Samford.

“Probably the best would be meeting my wife, Stephanie.” He also mentioned meals in the cafeteria with classmates and friends, working at WVSU radio, special teachers such as Carolyn Satterfield, Sigurd Bryan, Leah Atkins and Mabry Lunceford, and “doing magic in my dorm as well as in the lobby of Vail Hall.”

Garrard’s father got him interested in magic when David was 12 years old.

“He was not a professional magician but he knew some magic and taught me the tricks he knew. Then he helped me pursue my interest by taking me to meetings of the Georgia Magic Club.”

Garrard is a native of Atlanta but has resided in the Louisville, Kentucky, area since 1975. He is a member of the Society of American Magicians and the International Brotherhood of Magicians Order of Merlin.

He has performed on the Penn & Teller: Fool Us magic show, and is author of the book Out of My Hat, The Magic of David Garrard.

He performed at Samford Sept. 12 with his daughter, Claire, a 2004 graduate of Samford.