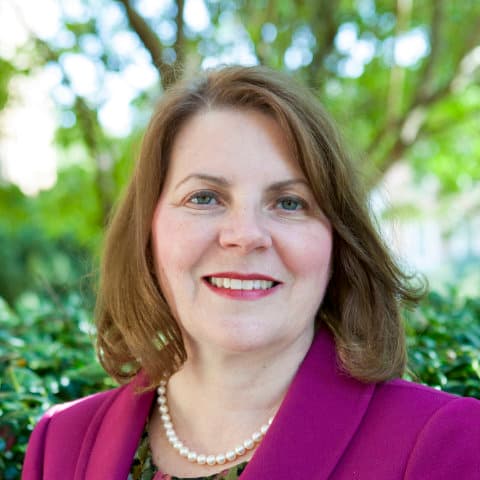 Pharmacy director of experiential education and associate professor Patricia Naro is part of a legacy. “Three generations of my family attended Samford including my mother, myself and my children,” she said. Naro has been employed at Samford for 20 years.

Highlights of her tenure include “working with students one on one to plan their clinical fourth year of pharmacy school and their ultimate careers; being able to teach students primarily in the area of geriatric pharmacotherapy; doing site visits with our preceptors locally, nationally and internationally; and planning and executing a new process for experientials in the first year and second year of pharmacy school.”

She said working interprofessionally in the College of Health Sciences had been a great experience. “We have all learned from each other and realized that our ultimate goal is to teach our students and take care of our patients.”

Describing changes she had seen in her profession, she said “pharmacists do not just dispense medications or drug information. They serve as providers for their patients. Pharmacists are the most accessible medical professional and immunize a significant number of patients in the community. Some pharmacists are also testing for flu and strep throat under collaborative agreement with physicians. Patients are able to get treated very early and efficiently this way.”

Naro retired May 29, saying she would miss the staff and the camaraderie of their lunch meetings. She said it had been a blessing to work at Samford and to send her two children there. “It’s been a blast!”

In retirement, Naro is looking forward to getting more involved in her church, weekly Bible studies, traveling, becoming a better Spanish speaker and continuing to serve on boards and committees.