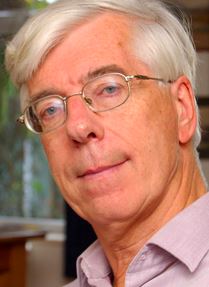 Samford University's Center for Science and Religion will host a free ministers' workshop and public lecture by noted scholar Denis Alexander Oct. 19. The workshop will be offered 2-3:30 p.m. The lecture, Science and Faith: More Similar Than You Think, will begin at 7 p.m. in Reid Chapel.

Alexander is emeritus director of the Faraday Institute for Science and Religion, St. Edmund's College, Cambridge. He also served as chairman of the Molecular Immunology Programme and head of the laboratory of Lymphocyte Signaling and Development at the Babraham Institute, Cambridge. Prior to that, Alexander served at the Imperial Cancer Research Laboratories in London (now Cancer Research UK), and spent 15 years developing university departments and laboratories overseas, including American University of Beirut, Lebanon, where he helped to establish the National Unit of Human Genetics.

Alexander served as editor of the journal Science & Christian Belief from 1992-2013, and currently serves on the National Committee of Christians in Science and as a member of the executive committee of the International Society for Science and Religion.

The evening lecture is free of charge and open to the public. Clergy interested in the ministers' workshop should contact jareeves@samford.edu. 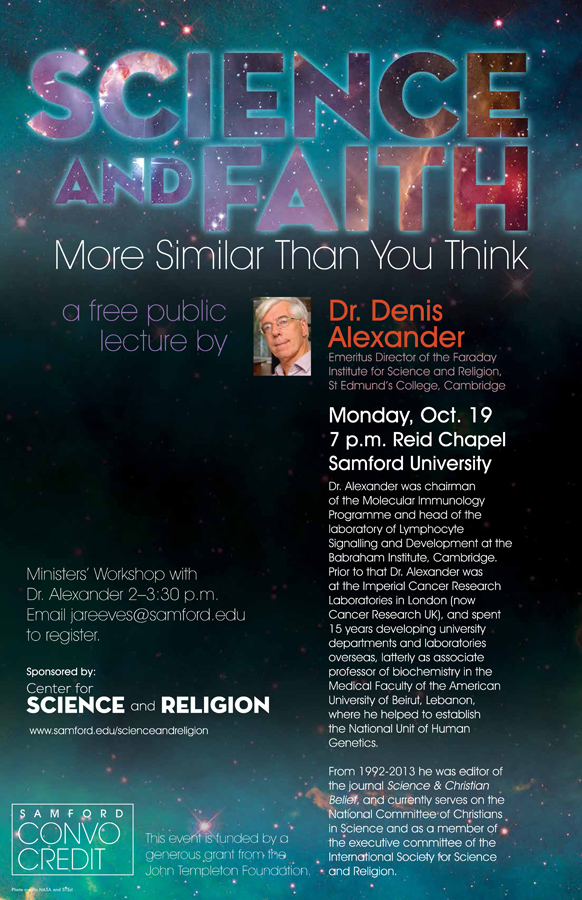