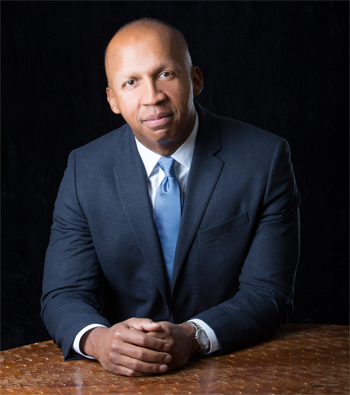 Equal Justice Initiative (EJI) founder Bryan Stevenson will present the 2016 J. Roderick Davis Lecture at Samford University Oct. 4 at 7 p.m. in Wright Center Concert Hall. The university’s Howard College of Arts and Sciences and Frances Marlin Mann Center for Ethics and Leadership will host the free public event. No tickets or reservations are required to attend.

Bryan Stevenson has dedicated his law career to helping the poor, the incarcerated and the condemned. EJI, based in Montgomery, Alabama, has challenged excessive and unfair sentencing, exonerated innocent death row prisoners, confronted abuse of the incarcerated and the mentally ill, and aided children prosecuted as adults. EJI also has initiated major antipoverty and antidiscrimination efforts challenging the legacy of racial inequality in America.

Stevenson’s work has earned him numerous awards, including the ABA Wisdom Award for Public Service, the MacArthur Foundation Fellowship Award Prize, the Olaf Palme International Prize, the ACLU National Medal Of Liberty, the National Public Interest Lawyer of the Year Award, the Gruber Prize for International Justice and the Ford Foundation Visionaries Award.

Prison and sentencing reform remains a perpetual concern in Alabama and the rest of the world. Samford has many connections to that cause. Howard College of Arts and Sciences is named for 18th-century prison reformer John Howard. As Alabama attorney general earlier in the century, former Samford President Harwell Goodwin Davis (1938–58) helped expose the state’s unjust convict lease system. In March, the John Howard Scholars student organization launched the Howard Campaign for Fair Sentencing and Prison Reform.

Stevenson’s presentation, titled Just Mercy, will add to the ongoing efforts. Former Howard College of Arts and Sciences Dean Rod Davis, namesake of the lecture series, is a longtime admirer. “Bryan Stevenson's sacrificial dedication to righting the wrongs of so many capital sentences that have been unjustly handed out in recent decades has made him a genuine hero of our time,” Davis said. “It is a great honor for us to have him give this year’s lecture.”

Several academic events associated with the lecture will allow the Samford community to further explore the themes of Stevenson's work.