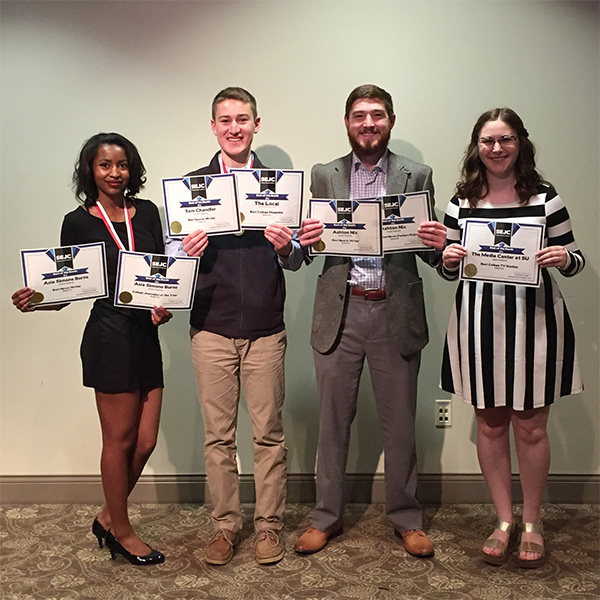 Samford University journalism and mass communication (JMC) students won multiple honors for their work in student media at the Southeast Journalism Conference Feb. 16–18. This year’s conference took place at the University of Mississippi with 32 universities participating, and roughly 350 students and advisers in attendance.

The Samford students, supported in their submissions by JMC media and professional development adviser Ana Good, earned 12 awards in the Best of the South Collegiate Competition, including three first-place finishes.

“It was a great experience for the students not only to compete and to see their work recognized, but to be able to interact with other people who are doing important journalistic work on their own campuses,” said Clay Carey, assistant professor of journalism and mass communication. “To learn from what they’re doing and to learn from seasoned professionals who are very generous with their time in that environment was a fantastic experience for all of us, not only because we were recognized as much as we were, but because of the opportunities to build relationships with other student journalists and professionals.”