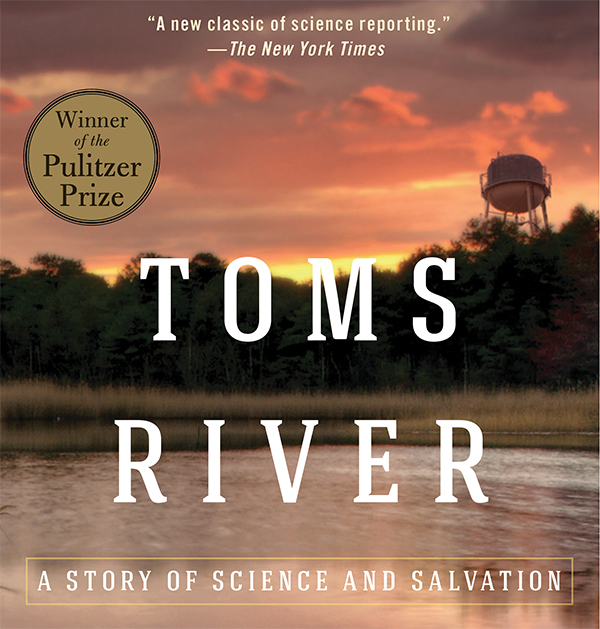 Pulitzer Prize–winning science and environmental journalist Dan Fagin will present the 2017 J. Roderick Davis Lecture at Samford University Nov. 2 at 7 p.m. in Wright Center Concert Hall. The university’s Howard College of Arts and Sciences and the Frances Marlin Mann Center for Ethics and Leadership are partnering to host the free public lecture by the author of Toms River, a gripping, true account of childhood cancers caused by industrial pollution in the town of Toms River, New Jersey.

Fagin is professor of journalism at New York University’s Arthur L. Carter Journalism Institute, and director of the NYU Science, Health and Environmental Reporting Program. Among his many academic appointments, he was a Templeton-Cambridge Journalism Fellow in Science and Religion in 2005. In short, the author is engaged with multiple aspects of Samford’s academic and religious missions.

“We trust Dr. Fagin will heighten understanding of what it means to live responsibly, and especially how living responsibly has to result in tangible effects for local communities,” said Mann Center director and former Alabama Supreme Court chief justice Drayton Nabers. Nabers said the Mann Center contributed to that goal this summer by collaborating with Howard College, Samford’s School of Public Health and Judson College on a community-based learning course in biology and public health in Perry County, Alabama.

Dobbins lamented that Fagin’s book is not a story of “the bad old days, before people understood the impact of toxic chemicals on human health and the environment.”

Reflecting on the role a university can play in addressing such problems, Dobbins described an approach that calls on multiple academic disciplines. “For the public to understand the impacts on human health and the environment, we need biologists, chemists, physicists, mathematicians and computer scientists to describe the problem chemical, and model its distribution in land, air and water,” she said. “Once described, those in history, sociology and political science can put the science into perspective, and those in English, communication and journalism can help translate the problem for the broader public.”

Speaking at Samford Nov. 2, Dan Fagin will describe how successful that approach can be.

Sean Flynt is executive director of external relations for Howard College of Arts and Sciences.
Samford is a leading Christian university offering undergraduate programs grounded in the liberal arts with an array of nationally recognized graduate and professional schools. Founded in 1841, Samford is the 87th-oldest institution of higher learning in the United States. The Wall Street Journal ranks Samford 1st nationally for student engagement and U.S. News & World Report ranks Samford 66th in the nation for best undergraduate teaching and 104th nationally for best value. Samford enrolls 5,683 students from 47 states and 19 countries in its 10 academic schools: arts, arts and sciences, business, divinity, education, health professions, law, nursing, pharmacy and public health. Samford fields 17 athletic teams that compete in the tradition-rich Southern Conference, and ranks 6th nationally for its Graduation Success Rate among all NCAA Division I schools.
Director of Communication
Holly Gainer
Hgainer1@samford.edu
912-344-8443