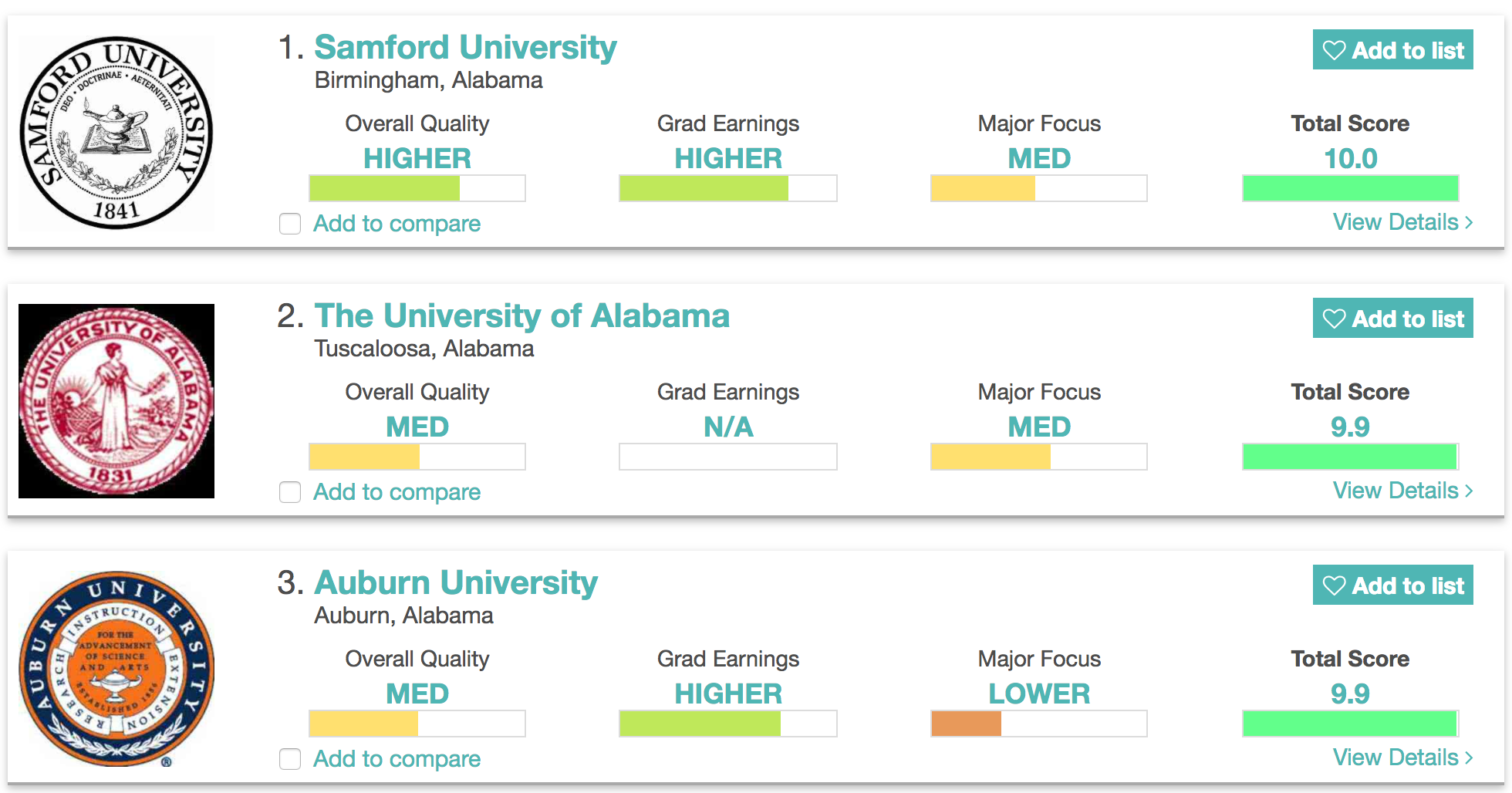 Samford University’s Journalism and Mass Communication Department (JMC) was named the number one journalism program in the state of Alabama for the third year in a row by College Factual. Overall, the Samford JMC department ranks 54th in the United States.

Additionally, JMC was named the following in national rankings:

• The 21st “most focused” program. “The journalism students at these colleges represent the largest percent of the student body,” the College Factual website explains. “Schools that focus their resources on a specific field may provide you with a better education in this area than those that do not.”

• The 29th “best value” program. “Do you have to pay top dollar to get a great degree in journalism?” the College Factual website asks. “Not if you are armed with this list. These rankings identify schools that offer a quality education in this major for a price that won’t break the bank.”

“I would put our students and program up against anyone,” said Dr. Bernie Ankney, chair of the JMC department. “We offer award-winning programs, hands-on experience and the close student-professor relationship Samford is known for. I believe Samford JMC is the best program at a private Christian university in the country.”

“Samford JMC is a growing major and nationally ranked because our students receive a first-rate education at a reasonable cost,” Ankney said. “Our students also graduate in four years and get good jobs. It is the ideal program for students who want individual attention and smaller class sizes.”