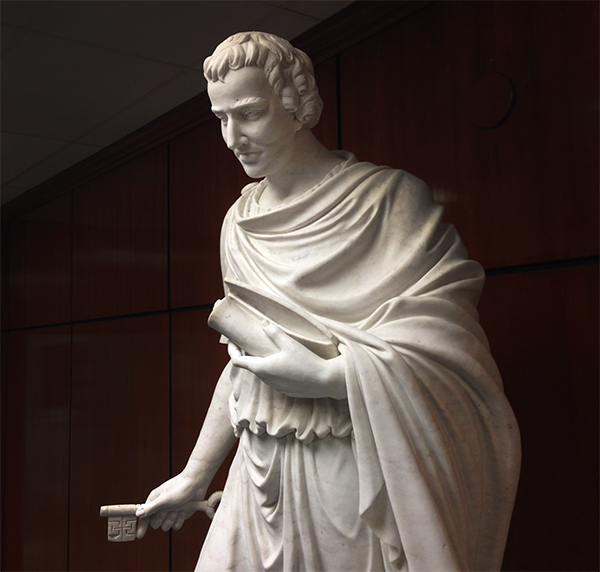 Samford's statue of John Howard stands in the lobby of Brooks Hall
Samford University’s Howard College of Arts and Sciences has named its fifth class of John Howard Scholars. The 21 students, led by program coordinator Victoria Smith Knierim, represent a variety of arts and sciences disciplines and are among the finest students in the college. They will meet regularly with dean Tim Hall in order to promote scholarship, service, and learning in the Howard tradition.

The John Howard Scholars program, like the college itself, takes its name from the English reformer John Howard. Born on September 2, 1726, Howard led an unremarkable life as a country squire in Bedfordshire until he was elected as the county sheriff. He was outraged to learn that some prison inmates were held captive even after they were found innocent because they could not afford the jailer’s fee.

One of the projects of the first class of John Howard Scholars was to raise funds for a statue of John Howard, which was unveiled during Samford’s 175th anniversary celebrations and stands inside the main entrance of Brooks Hall.

Victoria Shelton (journalism and mass communication) of Fort Worth, Texas