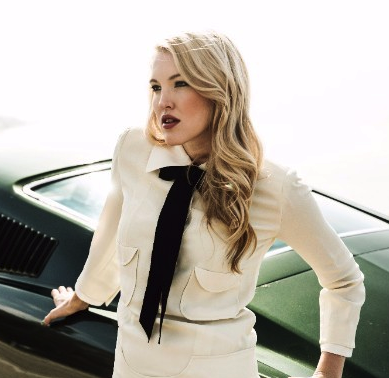 The daughter of legendary Glen Campbell comes to Samford University’s Wright Center this Friday, Nov. 3, at 7 p.m. for an evening of songs and remembering her father.

The youngest of eight children, Ashley Campbell toured with her father and wrote the song “Remembering” to describe her experience helping him during his decline with Alzheimer’s disease.

In terms of musical style, she likes to call herself “a banjo picking girl.” With years of touring experience, she is an up and comer but seasoned multi-talented entertainer with a sound all of her own, playing instruments and songs with a mix of country, Indie and folk resonance.

According to Kenny Gannon, Wright Center director, “Her father was and will always remain a beloved figure in American music.  I’m hoping to hear her sing a few of his famous hits, like ‘Gentle on My Mind, or ‘Wichita Lineman.’ And, I know we will hear some fond reminiscences and memories of what it was like to be his daughter and to perform with him in those final days. I cannot imagine a more poignant and treasured experience. It’s a rare chance to reconnect in a unique way with one of our most revered artists.”

Additional events planned for the Tonight at the Wright series include a partnership with the Alabama Symphony Orchestra Red Diamond Super Pops concert series for their Christmas concert with Act of Congress on Dec. 1, “Hard Travelin’ with Woody” in January and Sozo Children’s Choir in April.  Both Hard Travelin’ and Sozo Choir are free admission.