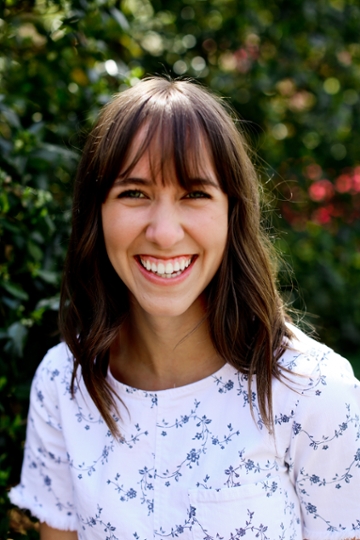 As a part of the 2017 Big Give, Samford University’s School of Public Health established a new scholarship, dedicated to providing financial support to a Master of Social Work student who is selected to intern with World Relief Atlanta.

Alexandra Davie, a second year Master of Social Work student from Birmingham, was the scholarship’s first recipient, allowing her to pursue her passion for working with refugees.

World Relief Atlanta, established in 1979, exists to empower the local church to serve refugees and immigrants in the greater Atlanta area. The organization is committed to providing long-term stability through the support of volunteers.

Davie began her work with World Relief as a settlement intern in January. Her daily responsibilities included helping refugees with all aspects of settling in to a new place. Along with her supervisor, Davie picks up displaced families and individuals from the airport and helps set up apartments for the newly arrived. She even makes occasional errands to the grocery store with refugees who are becoming acclimated to the community.

Rachel Hagues, assistant professor in Samford’s Department of Social Work, oversees Davie’s internship, and she served as an advocate for the Big Give project last year.

“If you ask me, I’d say that refugees are really some of the most vulnerable people in the world,” Hagues said. “Being able to offer them a little bit of hope through the work of World Relief and the work that Alexandra can do there is just really exciting.”

Throughout her internship, Davie works closely with likeminded colleagues who share her passion for refugees. Davie explained that her experience at World Relief has deepened her knowledge about refugee resettlement and refined her ability to communicate with others about refugee advocacy.

The 2018 Samford Big Give is April 10-11. This year, the School of Public Health is raising money to establish a new scholarship for its Dietetic Internship in honor of the Department of Nutrition and Dietetics’ 100th anniversary. Learn more samford.edu/giving/big-give.

Olivia Halverson is a journalism and mass communication major and a news and feature writer for the College of Health Sciences.