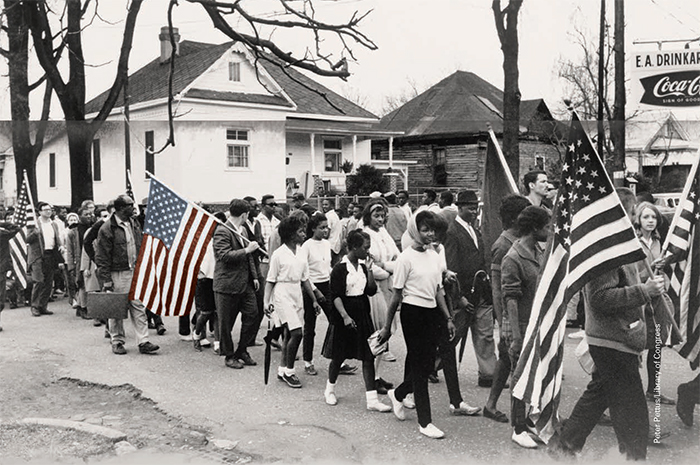 Samford University’s Howard College of Arts and Sciences hosted three conversations as part of an event exploring the legacy of Martin Luther King, Jr. April 16-17. “Where do we go from here? Martin Luther King Jr., Race, and America’s Future” was the inaugural Samford Stockham Symposium on Western Ideas and Institutions.

Jason Wallace, Stockham Chair of Western Intellectual History, organized the event to coincide with the 50th anniversary of King’s assassination, and to highlight Samford’s introduction of King’s Letter from Birmingham Jail as required reading for all freshmen. “The symposium is a starting point on a complex issue,” Wallace said. “My hope is that by grounding the conversation with text and history we are being true to the academic purposes of the liberal arts while at the same time imagining how a core texts education is relevant for a host of subjects at the present moment.”

Samford History Department chair Jonathan Bass provided context for King’s Letter from Birmingham Jail. Bass noted that the symposium began on April 16, the date 55 years ago when King sat in a jail cell writing “one of the great pieces of protest literature”. “Without a doubt, he is drawing on the Biblical parallel of the Apostle Paul writing to other Christians while in the jail cell” to answer the clergy who criticized the Birmingham Civil Rights demonstrations as “unwise and untimely” and “extremist,” Bass said. King’s response, he said, answered those criticisms emphatically and called out white moderates who valued an unjust tranquility over a troublesome campaign for equality.

Panelist Wilson Fallin met King on a few occasions, including in Birmingham just before King began what would be his final work. He suggested that King’s unfinished campaigns for peace and economic justice are as relevant today as they were in 1968.

LeeAnn Reynolds, Samford associate professor of history and author of Maintaining Segregation: Children and Racial Instruction in the South, 1920-1955 described how King has been “reduced to a non-controversial national symbol” that doesn’t reflect King’s radicalism. In an effort to highlight the work of others, she said, his centrality in the Civil Rights Movement also has been diminished. Answering a critique of King as naïve in his belief that justice was possible, Reynolds noted that King agreed that progress would not “roll in on the wheels of inevitability.” “To the extent to which the moral arc of the universe bends towards justice, somebody has to be there, always bending, it that way,” she said.

Tondra Loder-Jackson addressed King’s engagement with Christian and secular education. She noted that King asserted that intelligence and character should be the twin goals of education, and urged colleges to be careful not to “produce a group of closed-minded, unscientific, illogical propagandists consumed with immoral acts.”

Jennifer Speights-Binet, chair of Samford’s Geography Department, linked King’s concern for the failures of American urban environments to her own research on how “the places we build say something about who we are.” The shaping of cities includes determining who does or does not get to participate in discussions about culture, she said, illustrating her point with a discussion of the late 19th and early 20th century Confederate monuments that have become the focal points of anger over continued racial injustice.

Sims, a psychology major, urged Samford students to “get uncomfortable” by reaching out beyond their social and racial groups to understand the experiences of others. “One of the most powerful tools we have as college students is to open the floor for discussion and hear opinions we might not have thought of before.”