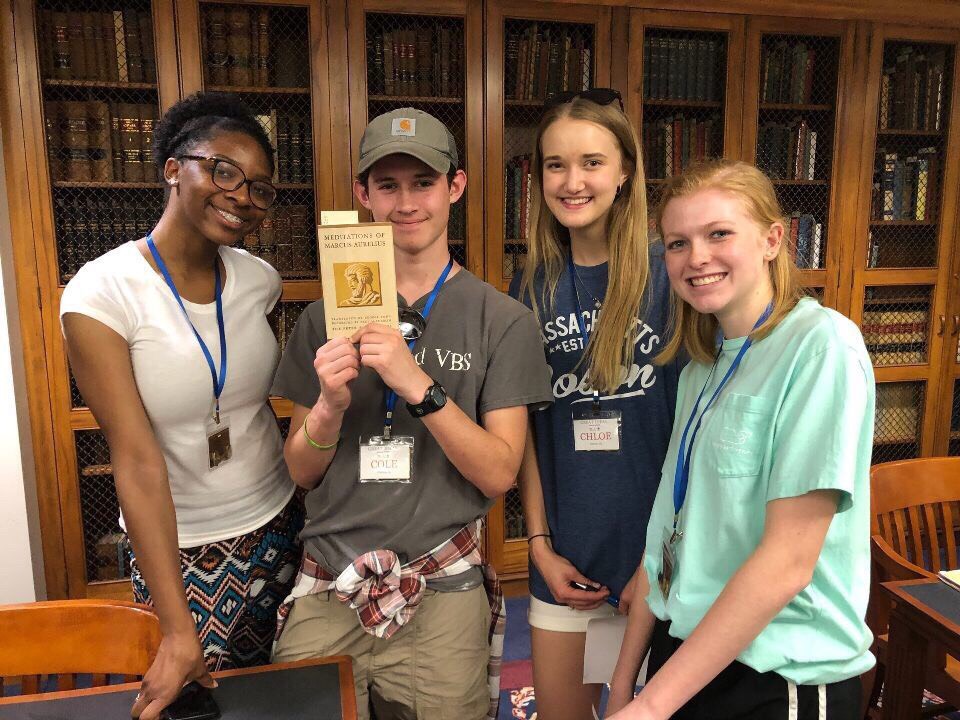 GISI, created in 2011, is a weeklong opportunity for intellectually ambitious high school students to enjoy the energy of a college classroom, engage with ideas that form the essence of the Western intellectual tradition and develop friendships with exceptional high school students from around the country. It typically focuses on the ancient Greek and Roman ideas that inspired the creation of the U.S. and sustained it through the trials of revolution, civil war and the struggles for civil rights. Discussion-oriented classes are complemented by films, excursions and other activities related to the unique history and culture of Birmingham, Alabama. “It puts a new perspective on how we’ve been living,” said GISI student Perla Soto-Ceballos of Birmingham.

The great ideas that have shaped Western civilization since ancient times might be unfamiliar to many students, but during discussions of Plato, Aristotle and Locke, in particular, “the lights were coming on,” said GISI professor and Samford Philosophy Department chair Dennis Sansom. “Whenever I see a student begin to think, ‘I see something now that I didn’t know, and I see it to be important,’ I’m gratified,” he said. “I sense that in here, and it’s fulfilling for me, as a philosopher, as a lover of ideas, as a teacher, to be this involved in a weeklong seminar that’s pretty intense.”

Student Serena Whittaker of Memphis, Tennessee, enjoyed that intensity and found GISI enlightening in many ways. “I always said I wanted to major in business administration,” Whittaker said, “but philosophy seems really interesting.” She need not choose, Sansom said. His department encourages double-majors so that students can not only engage with the ideas that shape culture, but also “learn to bring the big ideas to practical affairs.” Whatever path Whittaker chooses, she said, “I’m going to have a lot to tell my mom.”

Chloe Buckner of Section, Alabama, also found new ideas for her own life. She came to GISI with career interests in engineering and law, but went home with additional interests in philosophy and literature. “It was a great learning experience,” she said. “It opens a lot of new doors.”

GISI literally opened doors for participants with visits to the Birmingham Civil Rights Institute and Birmingham Museum of Art. Students cited those experiences among several program highlights. They also praised knowledgeable University Fellows preceptors and faculty–Sansom, Shannon Flynt and Bryan Johnson– whose expertise and passion inspired them to think in new ways. “We got to see each of them in their element,” said student Jude Johnson of Austin, Texas.

Many GISI students go on to attend Samford–some as University Fellows–and Johnson added the university to his own college search list after the GISI experience confirmed what he heard from others. “It seems like a school I can really respect,” he said. “It’s kept its Christian heritage, but also really values academics.”