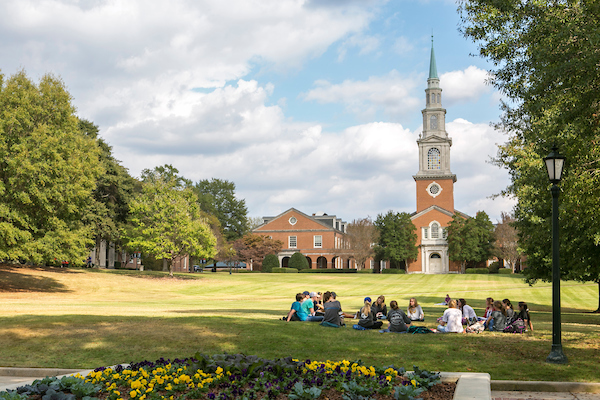 For the second year in a row, Samford University is ranked among the top schools in the United States for granting merit-based financial aid to the most students. Samford is one of only twelve colleges or universities in the national ranking, which was released Nov. 20 by U.S. News & World Report.

According to U.S. News, merit aid, sometimes referred to as non-need-based aid, comes into play when colleges use funds to attract desirable students. Typically, these students have a stronger academic profile or a specific talent, such as standing out with a particular extracurricular activity.

“Being recognized nationally for the academic and extracurricular achievements of our students is an immense honor,” said Betsy Bugg Holloway, Samford’s vice president for marketing and communication. “In addition to merit-based aid, we are committed to offering financial assistance to our students in many ways including need-based and work-study programs.”

For 2017-18, the year on which the rankings are based, 47 percent of Samford’s undergraduate students received merit-based financial aid. This placed Samford third among the 12 schools highlighted in the national ranking.

At each of the 12 institutions recognized in this latest ranking from U.S. News & World Report, more than 40 percent of full-time students in fall 2017 received merit awards. These colleges and universities gave merit aid at the highest levels, much higher than the average award of 14.5 percent given across the 1,107 colleges and universities that are included in the annual higher education rankings published by U.S. News.