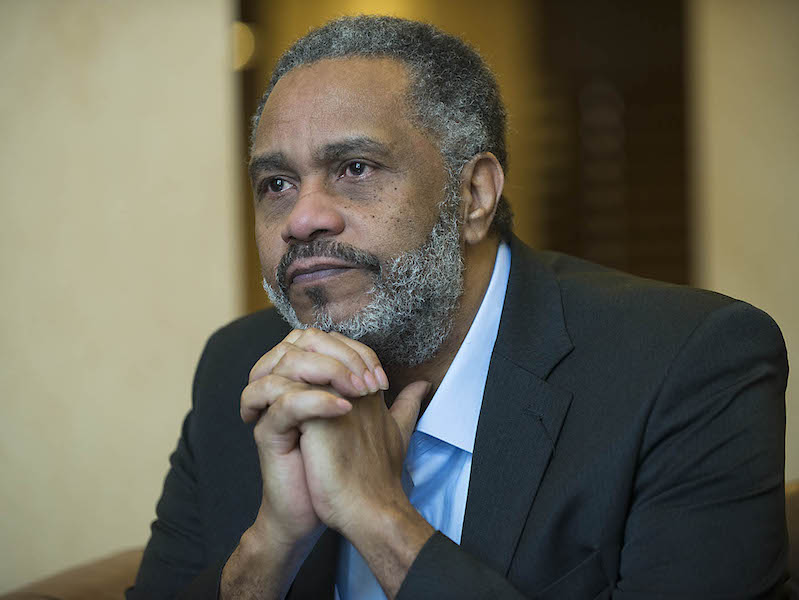 General admission tickets are complimentary to Samford students and $10 for the general public. VIP tickets are $50 and include a private reception with Hinton at 6 p.m. and a signed copy of his memoir.

In 1985, Hinton was arrested and wrongfully convicted with two counts of capital murder. At the time, he was only twenty-nine years old. A case of mistaken identity placed Hinton in solitude at Holman State Prison where he became confused, angry and full of despair. However, Hinton decided he did not want to wallow in resentment; instead, he began to transform his life and the lives of those around him through humor and joy.

In April of 2015, with the help of civil rights attorney Bryan Stevenson, Hinton was released from Jefferson County Jail after spending 30 years on death row for a crime he did not commit. In March of 2018, he released his personal memoir The Sun Does Shine, How I Found Life and Freedom on Death Row. The memoir became an instant New York Times best-seller and in June of 2018, Oprah selected The Sun Does Shine for her summer Book Club.

Today, Hinton holds the title of Community Educator with the Equal Justice Initiative, an organization that aided him in his release. He is also a powerful prison reform advocate.

Prepare to be captivated and inspired as Hinton shares first-hand the power of grace, forgiveness and relationships. Order tickets at tickets.samford.edu or call 205-726-2853.

The Tom and Marla Corts Distinguished Author Series was launched to highlight reading and literacy and to provide financial support for Samford’s Orlean Beeson School of Education.