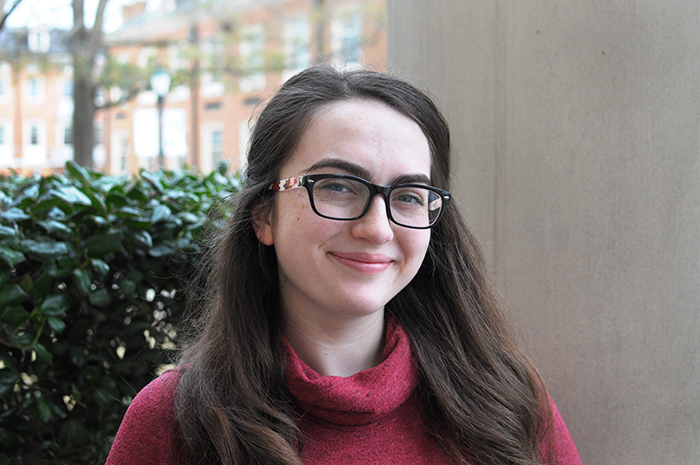 Sadie Odom, a first-year Samford University Law, Politics and Society major from Hayden, Alabama, has earned a scholarship and admission into the prestigious 2019 Penn Law Global Institute for Human Rights.

Odom will attend a week-long program in June at the University of Pennsylvania Law School and the United Nations Headquarters in New York City. She will work alongside other human rights activists from around the world to share experiences, ideas and career paths in order to gain a better awareness of current issues.

Odom is the first Samford student to be selected for the immersive course of study that introduces participants to a rigorous study of human rights theory, helps them explore current and pressing human rights issues and introduces them to the ways human rights advocacy might intersect with their career aspirations.

Odom said her interest in a human rights career began with the city of Birmingham’s 50 Years Forward campaign in 2013. April Odom served as Director of Communications for then-mayor William Bell and took daughter Sadie on a national trip to help teach others about the importance of the Civil Rights Movement through the campaign.

“I felt empathy and sorrow for the tragedies during the movement, but I was also overwhelmed with passion and inspiration,” Sadie said of that learning experience.

“People like Martin Luther King Jr, Rosa Parks, and Thurgood Marshall stood against adversity with strength and dignity,” she said. “It was then that I knew I wanted to be a human rights lawyer.”

At Samford, political science faculty nurtured that passion and helped connect Odom with opportunities to explore her calling. Department chair Fred Shepherd–an internationally respected human rights scholar–encouraged her to apply for the Penn Law Global Institute for Human Rights. “I was ecstatic when I found out I got in,” Odom said.

In addition to the valuable curriculum, experience and professional networking, Odom will earn a Certificate of Completion from the University of Pennsylvania Law School.