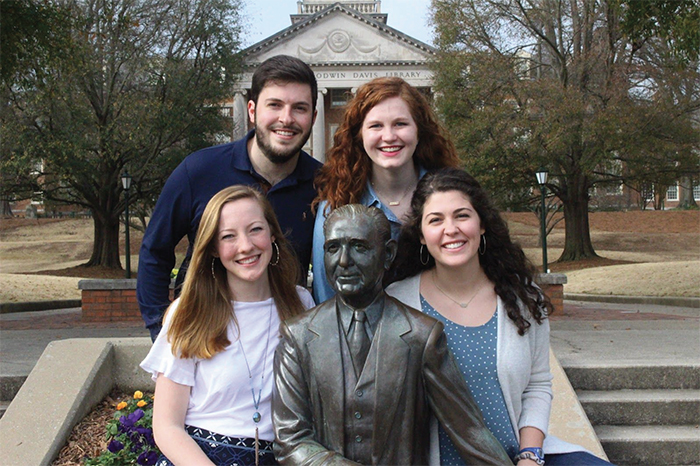 Samford University students have launched a national public relations campaign– Voices of Bham–focused on diversity and inclusion. The month-long campaign, part of the annual Bateman Competition hosted by the Public Relations Student Society of America (PRSSA), was inspired by the book ​Diverse Voices: Profiles in Leadership​, which was recently published by the Public Relations Society of America (PRSA) Foundation. The book features profiles of communications professionals and executives of diverse backgrounds. Proceeds from its sale will support a PRSA Foundation scholarship for diverse students, and the Samford team plans to follow that example.

Each year Samford’s Journalism and Mass Communication and Communication Studies Department hosts a Bateman Competition team as a part of its Public Relations academic concentration. The 2019 team includes students Jack Biedermann, Ashley Hinson, Anne Davis Parks and Page Secreast. They will join students from throughout the country in promoting awareness of Diverse Voices: Profiles in Leadership and encouraging conversation about diversity and inclusion.

While Samford students are an important audience for the campaign, Voices of Bham will focus primarily on communication and public relations professionals in Birmingham. The team presented their project at a recent meeting of the Public Relations Society of Alabama. Other on-campus and off-campus activities will include a book club for local professionals and a booklet that will present local stories about diversity and inclusion.

“We are so excited to start this campaign and help spark a conversation across our campus and in the Birmingham community,” said team member Ashley Hinson.

The Voices of Bham campaign will continue until March 11.