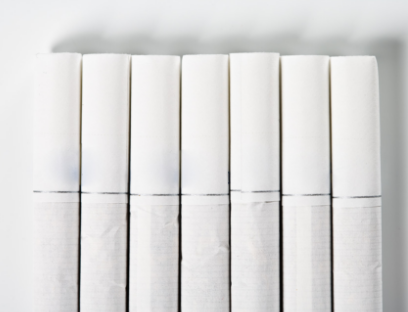 The news surrounding electronic cigarettes can seem conflicting. The benefits you hear about are true. E-cigarette users are not consuming the same tar and toxic gases produced by traditional cigarettes, and some studies have shown they have helped smokers quit.

But while these devices are marketed to current smokers as an alternative for cigarettes, it is the generation of new users—our teens and adolescents—that has spurred the rise of what many are calling a public health emergency.

“When I first learned about it, I thought e-cigarettes and vaping were two different things” said Terri Wensel, a professor in Samford University’s McWhorter School of Pharmacy and a tobacco treatment specialist. “But to put it simply, vaping is the process of using an e-cigarette.”

The Food and Drug Administration calls these devices ENDS, or electronic nicotine delivery systems. Many of them are designed to look like cigarettes. They contain rechargeable batteries, and they are often refillable.

“They use liquid nicotine—some companies call it e-juice—and they come in different concentrations,” Wensel said. “Some e-cigarettes even claim to be nicotine-free, but studies have proven this to be wrong.”

The branded device most popular among teens and young adults is the Juul. Compact in size, the device uses a USB drive to be charged, allowing it to appear inconspicuously in school settings. Instead of being refillable, it uses pods that can be purchased in a variety of flavors.

The Juul pods come in two concentrations of nicotine strength.

To compare, one pack of cigarettes contains 20 milligrams of nicotine, or one milligram per cigarette.

“When you look at online forums, people are saying they smoke pod one per day,” Wensel said. “So if they are consuming a 5% pod, they are ultimately smoking the nicotine equivalent of two packs of cigarettes.”

The Juul device, along with other e-cigarettes, are simple in structure. Most devices use an element called an atomizer that—when a user inhales—heats the liquid nicotine and creates the vapor. There are no on or off switches; it’s breath-activated.

Though vapor is supposed to be safer than cigarette smoke, it still carries many risks.

“When you heat liquid nicotine, particularly if you have modified your device so it heats it at a higher temperature, it creates volatile organic compounds. Vapor produces small particles, which means these compounds can get deeper into the lung tissues.” Wensel said. “We don’t yet know the effect of what this does, but we know that it’s happening.”

While the Food and Drug Administration has issued recent measures to combat youth access to e-cigarettes, Wensel says we should still be highly concerned that the highest population of e-cigarette users are 18 to 24 years old.

“The human brain is not finished developing until one is about 25 years old,” she said. “By inhaling this nicotine vapor, it does change the way the brain develops.”

For those who are thinking about quitting nicotine products, Wensel encourages you to talk to a pharmacist or physician. “You can also reach out to the tobacco quitline, 1-800-QUITNOW, at no cost,” she said.

In McWhorter School of Pharmacy’s mission to prepare exemplary pharmacists, topics like e-cigarettes and tobacco cessation are important in developing a graduate’s knowledge and skills to improve health worldwide. Learn more about the degrees and programs offered by the school at samford.edu/pharmacy/degrees.