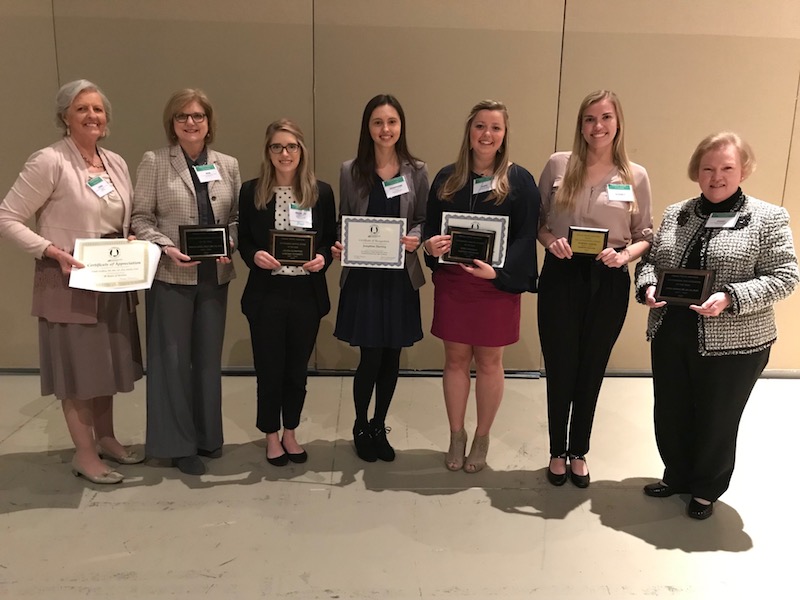 These honors are given to faculty who, in recent years, have become highly decorated with awards that honor their leadership and impact on the nutrition and dietetics field. Last year, both Seibels and Gaines were inducted as fellows into the Academy of Nutrition and Dietetics. And more recently, Gaines received the 2019 Ira L. Meyers Award from the Alabama Public Health Association, and Seibels was given the Nutrition and Dietetic Educators and Preceptors South Central Region’s Outstanding Dietetic Educator award.

But even as this list of awards continues to grow, both Seibels and Gaines say their greatest reward is the relationships they form with their students. “My greatest joy at Samford has been getting to know students, who they are and what they want to achieve—and in that, helping train students to become registered dietitians,” Seibels said.

Along with honoring Seibels and Gaines, the Alabama Dietetic Association also honored several Samford students and recent alumni with notable awards and scholarships.

“These recognitions are a testimony of the dedicated faculty and students within our department,” said Suresh Mathews, professor and chair of the Department of Nutrition and Dietetics in the School of Public Health. “I am immensely proud of what they have accomplished, and for our students, I can’t wait to see the bright futures they have in store.”

In addition to the awards given at the luncheon, Linda Godfrey, an adjunct professor within the department, was recognized for 50 years of membership in the Academy of Nutrition and Dietetics and with the Alabama Dietetic Association.

The School of Public Health’s Department of Nutrition and Dietetics has a long history of preparing graduates with the knowledge and skills to impact the nutritional health of individuals and communities—100 years to be exact. The department offers three degrees—B.S. in nutrition and dietetics, B.S. in foods and nutrition and M.S. in nutrition—and its dietetic internship program.