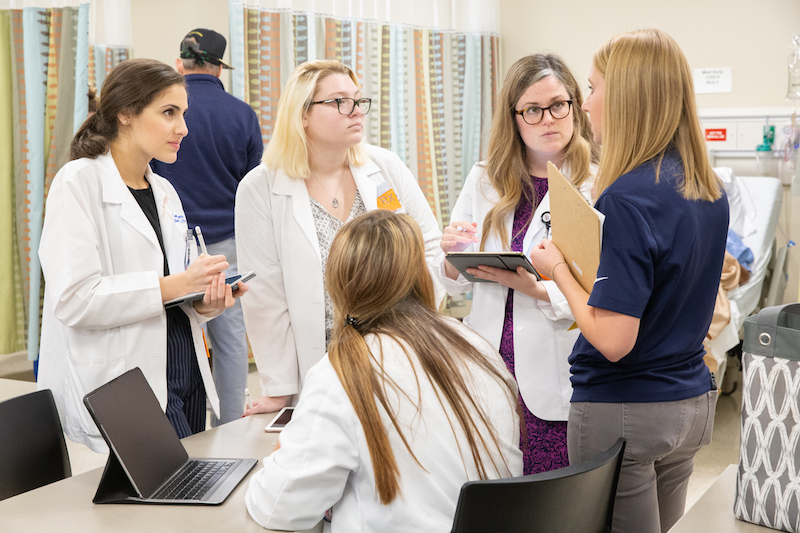 Establishing a new school record, 40 fourth-year students in Samford University’s McWhorter School of Pharmacy matched with an ASHP-accredited postgraduate year one (PGY1) pharmacy residency. In doing so, the school achieved a 66 percent match rate, which is above the national average. Additionally, previous graduates of the program secured 10 postgraduate year two (PGY2) pharmacy residencies.

This competitive process is facilitated by the American Society of Health-System Pharmacists (ASHP). While Doctor of Pharmacy graduates are not required to complete a residency before they begin practice, pharmacy residencies are designed to provide additional pharmacy practice experience in a specific area of interest.

“We recognize that matching with an ASHP-accredited pharmacy residency is a tremendous accomplishment,” said Michael Crouch, dean of McWhorter School of Pharmacy. “I’m incredibly proud of these students, and I congratulate them on their hard work and perseverance.”

Students were chosen for residency programs in 14 states across the country, and PGY1 residency opportunities can be in the community, managed care or health-system environments.

Did you know that Samford University’s McWhorter School of Pharmacy offers its own ASHP-accredited PGY1 and PGY2 residency programs in community and ambulatory pharmacy? Learn more at samford.edu/pharmacy/residencies.