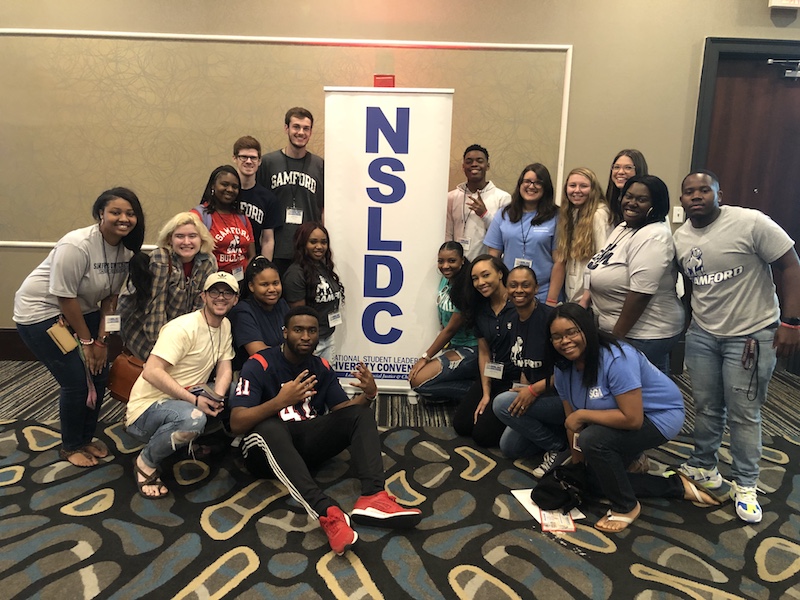 The convention, which hosts one of the largest national gatherings of student leaders and advisers, was a two-day program of experiential workshops to explore creating and contributing to a more equitable environment on campus and in future workplaces.

To provide this opportunity to students, the Office of Diversity and Intercultural Initiatives partnered with the Office of Student Leadership and Involvement. Sixteen students involved with diversity work on campus were selected to attend including those representing the Student Government Association subcommittee, Multicultural Affairs Committee and Diversity Ambassadors. Sophomore sport administration major Kendall Watson attended with the hopes of challenging his personal views and learning from others with diverse experiences.

“I was surprised by how many different colleges were represented at the conference. There were schools from the northeast and northwest that came to Atlanta and gave me perspectives I hadn't heard before,” he said.

The goals of the conference were to come away with long-term tactics for self-awareness of bias, effective leadership, inviting dialogue and planning for social action. The workshops included personal exercises to discuss roles in social justice, classism and activism burnout and self-care. Each evening after sessions, students and advisers held roundtable discussions to process thoughts and formulate ideas on how the learnings could be supported or activated on campus.

“The students had the opportunity to learn new strategies, gain new ideas and network with students from other universities with similar goals,” Assistant Provost for Diversity and Intercultural Initiatives Denise Gregory said. “I was encouraged by the students’ determination to do the work to continue to promote diversity and inclusion on our campus.”