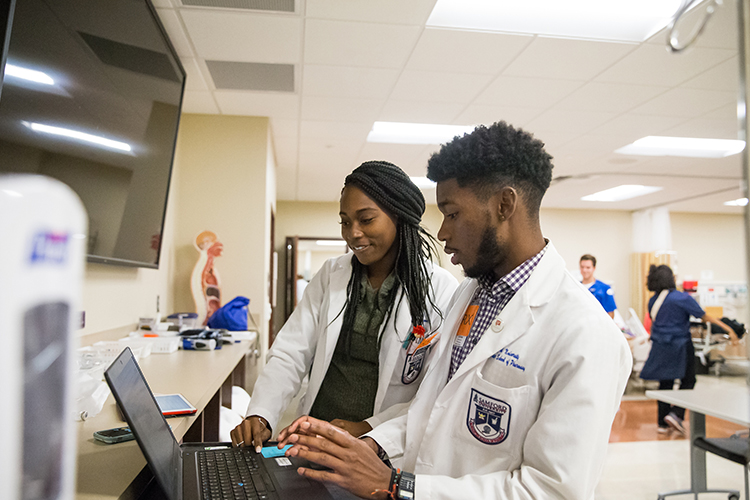 This week, Alabama Governor Kay Ivey signed House Bill 35 (H.B. 35) into law, authorizing a pharmacist licensed by the Board of Pharmacy and a physician licensed by the State Board of Medical Examiners to enter into a collaborative practice agreement.  These agreements create formal relationships allowing pharmacists expanded patient care functions.

Samford University’s McWhorter School of Pharmacy has long advocated for a bill in the state authorizing collaborative practice agreements between pharmacists and physicians. The school has worked closely with the Alabama Board of Pharmacy, Alabama Pharmacy Association, Alabama Society of Health-System Pharmacists, and its peers at Auburn University’s Harrison School of Pharmacy. Together, we celebrate passage of this important legislation.

Roughly 90 percent of the U.S. population lives within two miles of a pharmacy, making pharmacists the most accessible health care provider today. As medication experts, this level of availability makes pharmacists uniquely positioned to work with physicians and other health care providers to improve access and quality of care.

“I’m thrilled to see H.B. 35 signed by Governor Ivey,” said Michael Crouch, dean of the McWhorter School of Pharmacy. “Alabama pharmacists—through collaboration—bridge the physician shortage gap in the state, and this law is a key step toward pharmacists providing care through a full scope of practice.”

For more than 90 years, McWhorter School of Pharmacy has prepared pharmacists who are transforming lives through pharmacy practice, scholarship and service. Today, health care is administered through a team-based approach to care with the goal of improving patient outcomes and reducing costs. In response to this, McWhorter School of Pharmacy’s innovative curriculum sets interprofessional education and collaboration at its core, preparing its graduates to be valued members of any health care team.

Along with many student and faculty advocates, several McWhorter School of Pharmacy alumni played a key role in moving H.B. 35 through the Alabama Legislature. Donna Yeatman ’94, who serves as executive secretary of the Alabama Board of Pharmacy, helped craft the bill and worked with pharmacy stakeholders in the state to generate consensus and a strong coalition going forward. The pharmacy coalition included Jonathan Fowler ’09, who serves as president of the Alabama Society of Health-System Pharmacists.

Alabama is the 49th state to sign a bill of this nature into law. The next step is the Board of Pharmacy and Board of Medical Examiners adopting rules to implement the act. Initial rules must be adopted by October 1, 2019.

H.B. 35 is an important step forward for the state, as nationally, a bill is under consideration by the U.S. Congress called the Pharmacy and Medically Underserved Areas Enhancement Act. Passage of this national bill would identify pharmacists as providers under the Social Security Act.