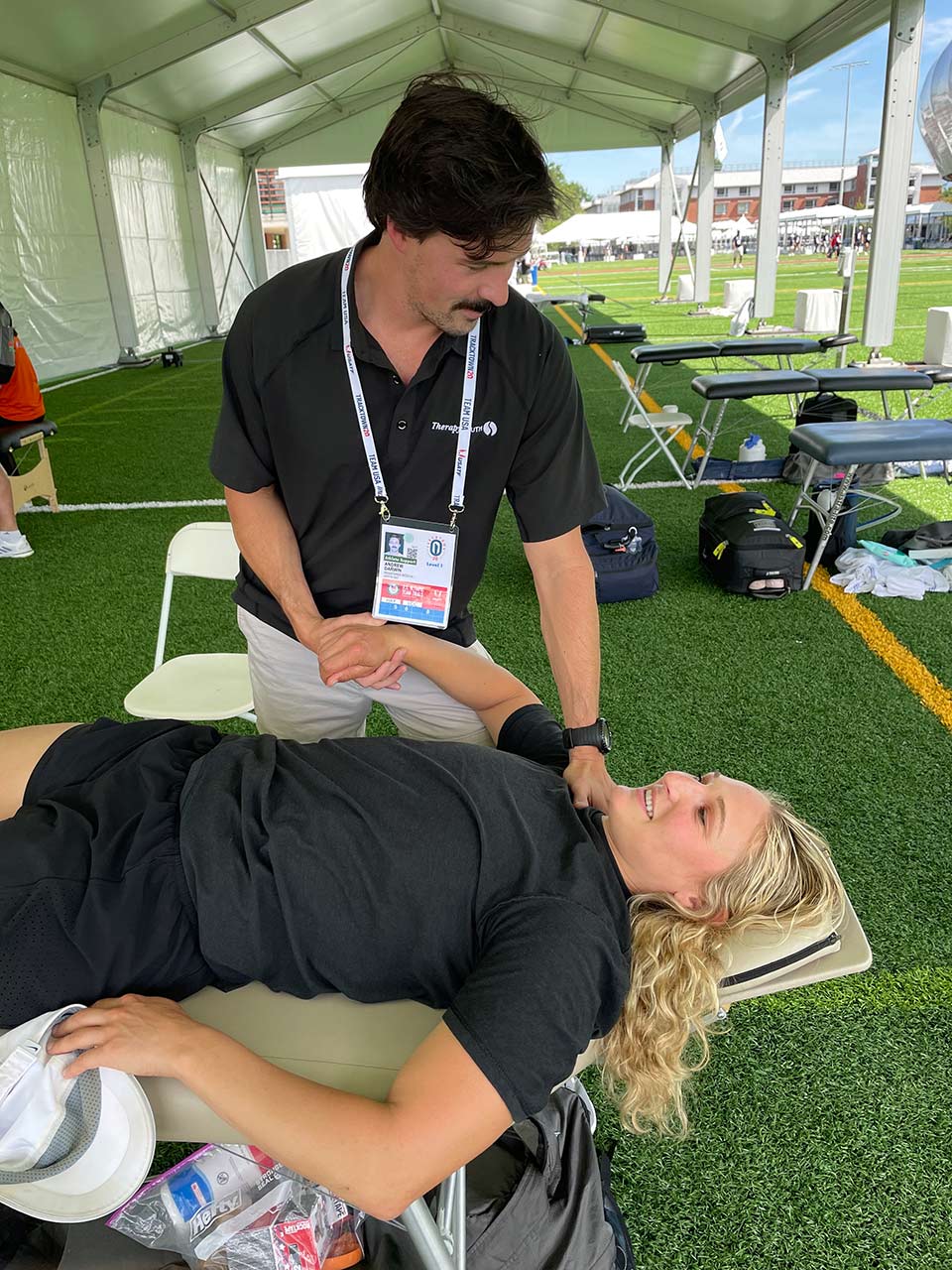 The Opening Ceremony for the Summer Olympics is less than two days away, officially marking the start of the Tokyo 2020 Games. Two former Samford University Bulldogs have made their mark on the games already – one who is competing and the other who provided physical therapy and care to athletes during the Olympic Track & Field Trials.

Andrew Darwin, D.P.T. ’18, worked with track and field athletes in Eugene, Oregon as they competed to earn a spot in the summer games. Darwin, who graduated from Samford’s School of Health Professions, is a physical therapist at TherapySouth RiverChase in Hoover, Alabama. He is also the son of Mike Darwin, the controller of Samford. After working with Olympic hopefuls from the Southeastern Conference, he was asked to travel to Oregon to provide physical therapy during the trials. One of the athletes he worked closely with, Maggie Malone, will compete in the javelin competition in Tokyo.

“Samford prepared me for this opportunity and my professors continue to give me advice and support,” Darwin said. “As someone who ran track growing up, it was an amazing experience to be around runners who I looked up to growing up and to provide care to some of the world’s top athletes.”

While Darwin will not be traveling to Tokyo, he says he will be cheering on Team USA from home.

Steven Bastien, who competed on Samford’s Men’s Track & Field team for two seasons before transferring to the University of Michigan, will compete in the decathlon on August 4-5 in Tokyo.