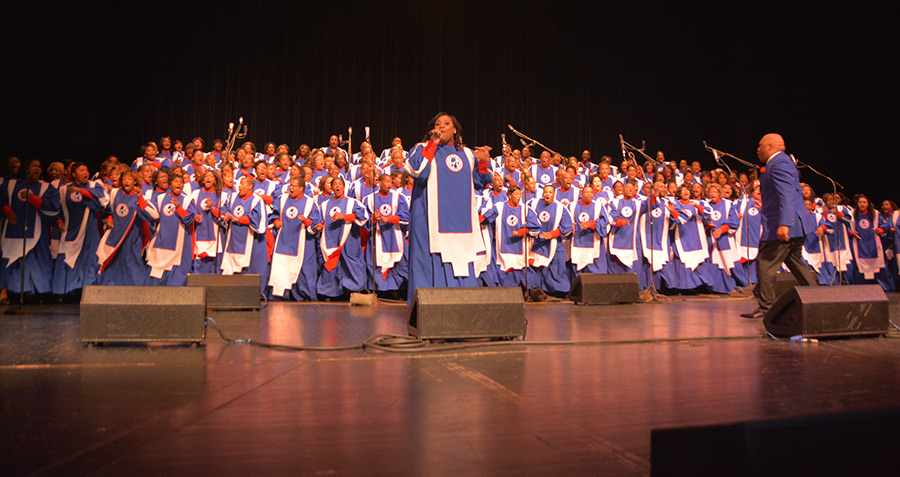 The Mississippi Mass Choir, a world-renowned, Grammy Award-nominated gospel choir, will perform a free concert at Samford University on Sunday, March 20. The performance, which is hosted by Samford’s Office of Diversity and Intercultural Initiatives, will take place in the Leslie S. Wright Fine Arts Center at 7 p.m.

For more than 30 years, the Mississippi Mass Choir has performed around the world with the goal of proclaiming the gospel of Jesus Christ through their music.

“As a native of Mississippi and one who has great friends of current and past choir members, I’m excited to introduce the award-winning choir to the Samford and Birmingham communities,” said Denise Gregory, associate provost of student success, diversity and inclusion. “It is my hope that as the choir performs, we are all ministered through song about the good news of Jesus Christ.”

The Mississippi Mass Choir, which is made up of more than 200 members, is the recipient of multiple Billboard Magazine Awards and has been nominated several times for Grammy Awards.