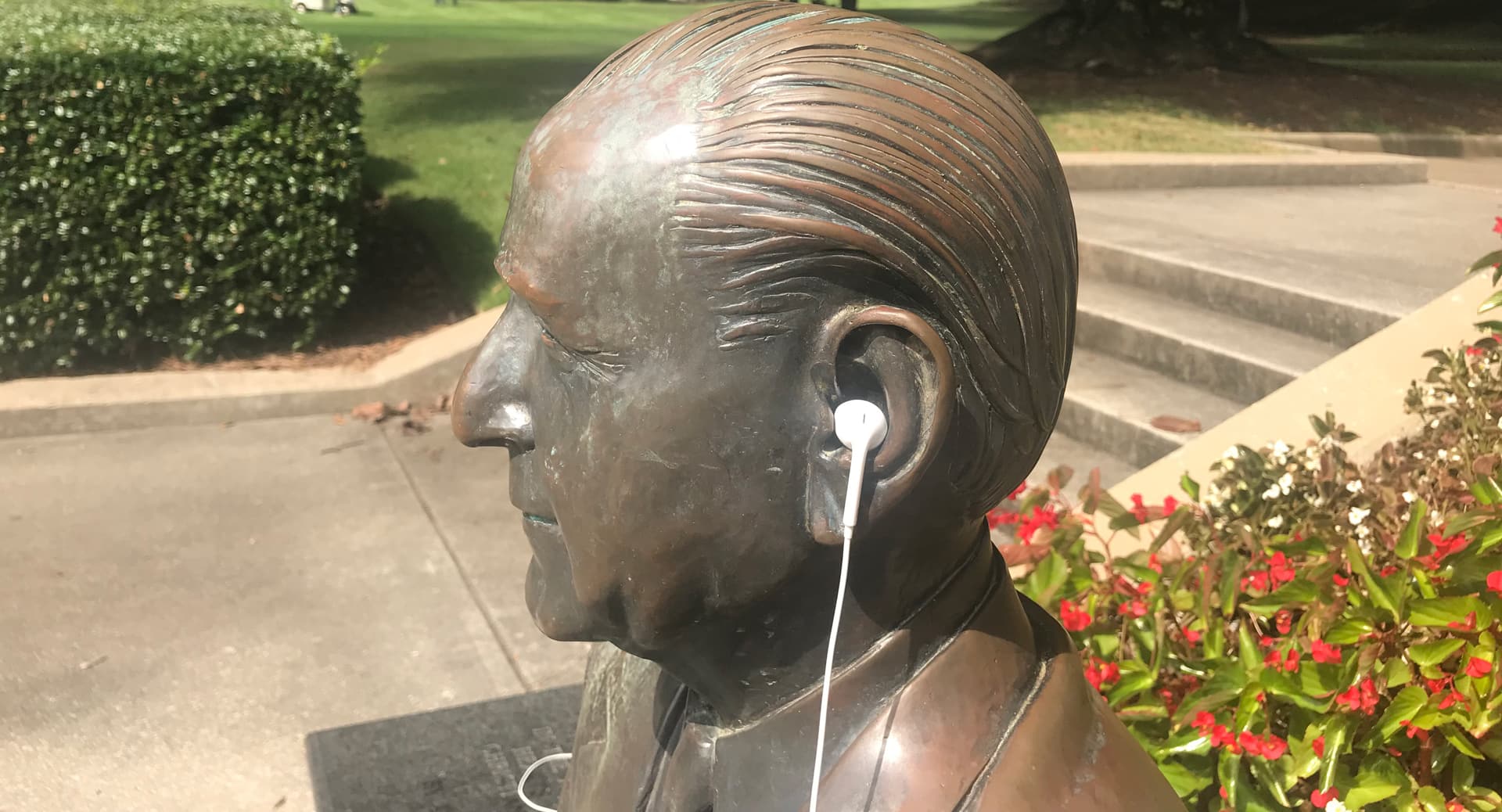 Bridging Gaps
"So I think that kind of is what stuck out to me the most with that, just the relationship that we kind of had even though we are different, like, different generations, we have things that we can still relate on . . ."
Listen

East Lake Together
". . . So my mom, and I really credit her for this, my mom introduced us, particularly me, because I was the youngest, to the changing face of our community. And that was the best gift she ever gave me. "
Listen

Docena: Coalminers At Heart
". . . coal miners are coal miners at heart, wherever they are. They’re facing danger every day. It brings them closer together. . . . I think coal mining is in your blood."
Listen

Docena: Stories from Behind the Recorder
"...and she was writing her mom’s information on the back, and I was, like, 'Oh my gosh! That’s Melba Kizzire!' And she was like, 'What?' I was like, 'No, this is, we have her interview from the seventies!' and so her mom was actually one of the people who, the interviewees that we have from the 1970s."
Listen

History in the Recipe: Better Than Grandma's Biscuits
"If you can get someone to really connect, to describe an experience of food, I mean it is very strong. And I think that, ultimately, like, food is a container. Food is a vessel that holds emotion, history, feelings."
Listen

History in the Recipe: Appetizers
". . .once you have the food of a different culture, you can start asking questions in a way that might have been uncomfortable in another setting, and how, say, eating Ethiopian at the Pizitz food hall, um, allows you to start to think about, you know, the agriculture of that region, the history of that region, um, why are there Ethiopians in Birmingham, that sort of thing. Um, and you can start to connect to larger issues while also enjoying a meal."
Listen

Music in the Magic City
"That's where the great part of the job, for us, is where you're making these connections and you're meeting people from all over the country and they have all these different diverse tastes, because we always ask, 'Is there anything particular?' because we're trying to figure out who they are. . . really what we're doing is we're trying to establish a personal connection."
Listen

Immigration in the South
". . . I’ve become a lot more aware of the fact that I’m black, that I’m, I’m a black American. I, and most people would probably categorize me as an African-American, um. I personally wouldn’t, just because I feel like I’m Haitian-American because, you know, I, my roots are in Haiti."
Listen

Latin in the Motto
"Again I often see it translated 'Forever,' you know, 'For God, For Learning, Forever,' but one of the clever things about doing something in Latin is to have this kind of word play. . .giving you something to think about, and so the 'aeternitati,' if you look, if you just look at a translation and say, 'For God, For Learning, Forever,' you might miss out on the fact that it is very deliberately crafted to say 'For eternity.'"
Listen

Teaser
"Since the 1970s, folks such as Jim Brown, Wayne Flynt, Donald Wilson, Marlene Rikard, and Jonathan Bass have led students in this field. STORI is continuing this good work and is committed to collecting, preserving, archiving, and disseminating oral histories from the Samford community, the Birmingham area, and the state of Alabama."
Listen
Oral History
Special Collection
scdept@samford.edu
205-726-2749
Special Collection