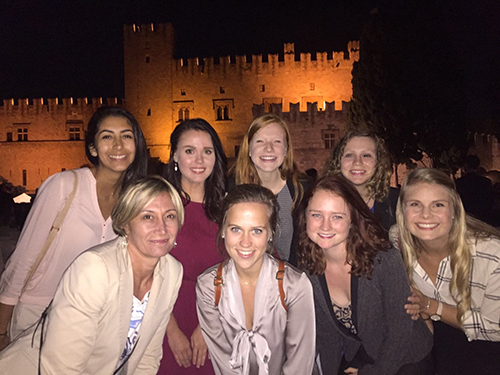 “Our students were congratulated for their outstanding work and excellent preparation,” said Samford political science professor and Model United Nations adviser Serena Simoni. She said the students were especially helpful in drafting proposals and resolutions because English was the official language of the proceedings.

Students were divided into seven committees to represent various world regions and organizations. The Samford participants were unanimous in praising the value of both that official collaborative experience and the informal conversations they had with students from other countries. “I found it incredibly beneficial to my education, both as an international relations student and as a member of the global community, to be able to discuss the international events and politics with students from a completely different culture than my own,” said King.

Apart from the specific professional preparation and experience, Marley Davis said the event also helped in more general ways. “The rigorous preparation required for the conference has improved my research and public speaking skills, she said.