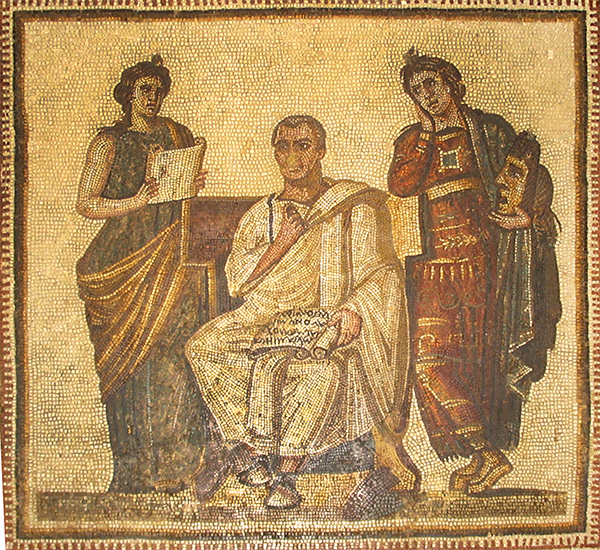 Previous conferences and seminars focused on Augustine, Dante and the Reformations. This year’s seminar explored the influence of Virgil, the Roman poet of the first century BCE who, according to T.S. Eliot, “led Europe towards the Christian culture which he could never know.” In addition to reading Virgil’s key works, seminar participants explored his influence on 20th-century Christian poets and intellectuals, including Eliot, Theodor Haecker, W.H. Auden, Miklós Radnóti, Seamus Heaney and Eavan Boland.

Although the group also discussed strategies for teaching that influence, the organizers offered the event more for personal intellectual development than professional development. Participants found that refreshing in an academic world that is often career-focused.

Many TCIT participants echoed the comments of Carl Springer of the University of Tennessee, Chattanooga. “It’s about the very thing itself, which is to enjoy education for its own sake and be together with other people who aren’t looking to use that, or each other, for any reason other than for our shared joy in learning together,” Springer said. “There seems to be no ulterior motive here.”

Christine Perrin of Messiah College said she was grateful for the opportunity to simply read together without concern for ideology or a particular intellectual destination. “I don’t know where I’ll land, and I don’t want to know where I’ll land,” Perrin said. “I want that pursuit, and that’s becoming a precious thing in our world, so to do this together is just delightful.”

J. Michael Utzinger of Hampden-Sydney College was impressed that the participants avoided discouraging rudeness at one extreme and acquiescence at the other. “There’s a real generosity to allow people to speak, and a real love when somebody is willing to say, ‘no, I think you’re wrong,’” Utzinger said. “If you’re unwilling to speak or say no, and do that in love, then you’re not doing real education with people, and you’re certainly not creating relationships.”

Samford clearly is creating lasting relationships, not only between its own faculty and students, but between Samford faculty in different divisions, and even between faculty from different institutions and faith traditions, all hungry for intellectual challenge in a welcoming environment.

“We couldn't have had a more enthusiastic group of scholars for our second TCIT Summer Seminar,” Johnson said. “Thanks to our two TCIT conferences and, now, two summer seminars, Samford is becoming known as a university that pays attention to high-quality Christian scholarship.”