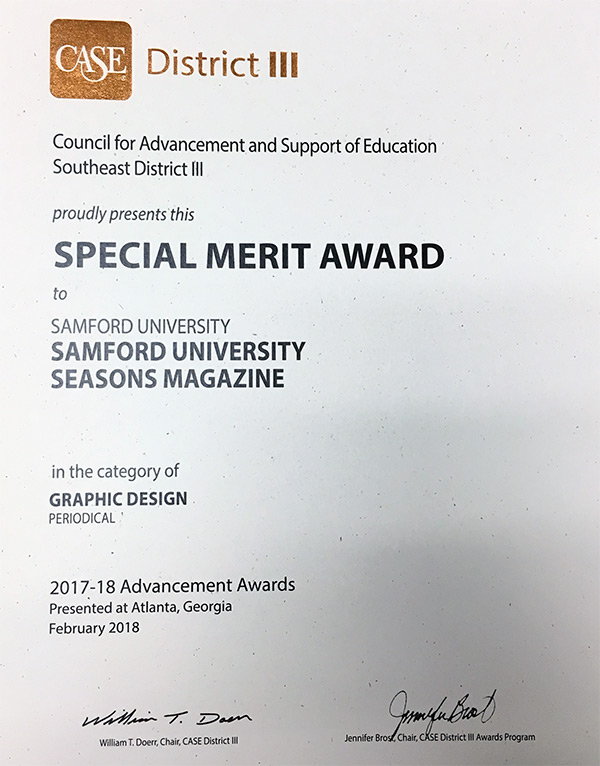 At the national Educational Advertising Awards, the 2017 Annual Report won a Gold Award. The Arts Brochure and Beeson magazine both won Merit Awards in their respective categories at the same competition.

The  division won awards in the annual DeRose-Hinkhouse Memorial Awards sponsored by the Religion Communicators Council, a national interfaith communications professional organization. The 2017 Annual Report received the Award of Excellence in its category. In the graphic design categories, Beeson magazine won an Award of Excellence in overall publication design, and the Arts Brochure won an Award of Merit in the same category.

This is the 15th consecutive year the division has been recognized nationally for its work.