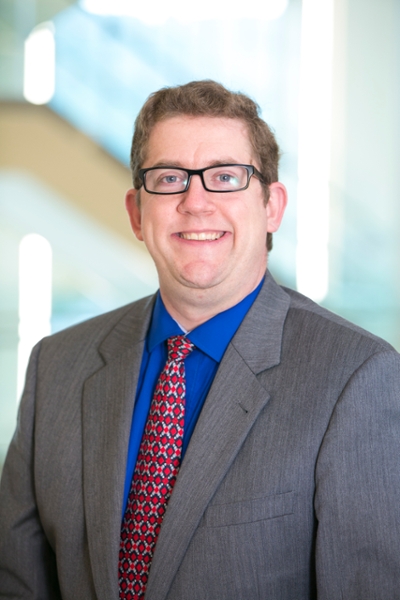 New research by Art Carden, associate professor in Samford University’s Brock School of Business, and a team of economists suggests that proximity to a Walmart Supercenter reduces food insecurity.

According to Carden, food insecurity, not having enough food because of lack of money or other resources, is higher today than before the Great Recession. In 2016, the U.S. Department of Agriculture found that more than 3 million households contained children who were “food insecure.”

Carden and his coresearchers, Charles Courtemanche from Georgia State University, Xilin Zhou from the Centers for Disease Control and Murugi Ndirangu, director of Columbia's Nairobi Global Center, have found that Walmart is actually helping low income families who struggle with this issue.

Using data from the December Current Population Study Food Security Supplement between 2001 and 2012, they calculated the distance from each household’s census tract to the nearest Walmart Supercenter and found that “closer proximity to the nearest Walmart Supercenter leads to sizeable and statistically significant improvements in all food security measures except the indicator for very low food security.”

In the Birmingham region Carden says, “For a city with the poverty problems Birmingham has, trying to influence development by preventing Walmart, Target, or anyone from doing business has negative unintended consequences.”

He goes on to say, “We see an important social goal, food access, being met as an unintended consequence. It is, I think, an illustration of Adam Smith's ‘invisible hand’ principle. In The Wealth of Nations, Smith writes, ‘by pursuing his own interest, he frequently promotes that of the society more effectually than when he really intends to promote it. I have never known much good done by those who affected to trade for the public good.’”

“While our economics faculty come from a variety of perspectives, what they have in common is a dedication to examining difficult public policy issues that have a real impact on people’s lives,” said Steve Jones, chair of the business school’s Department of Economics, Finance and Quantitative Analysis. “Professor Carden’s research is an excellent example of this. I am delighted that our students have the opportunity to interact with so many outstanding teachers and mentors,” Jones added.

The group’s findings were released by the United States’ National Bureau of Economic Research and Germany’s Institute of Labor Economics in late June and were publicized on national media outlets including CBS News, MSN and Bloomberg as well as Canadian radio network 770 CQHR.
Samford is a leading Christian university offering undergraduate programs grounded in the liberal arts with an array of nationally recognized graduate and professional schools. Founded in 1841, Samford is the 87th-oldest institution of higher learning in the United States. The Wall Street Journal ranks Samford 1st nationally for student engagement and U.S. News & World Report ranks Samford 37th in the nation for best undergraduate teaching and 97th nationally for best value. Samford enrolls 5,758 students from 48 states and 22 countries in its 10 academic schools: arts, arts and sciences, business, divinity, education, health professions, law, nursing, pharmacy and public health. Samford fields 17 athletic teams that compete in the tradition-rich Southern Conference, and ranks 3rd nationally for its Graduation Success Rate among all NCAA Division I schools.
Director of Communication
Holly Gainer
Hgainer1@samford.edu
912-344-8443