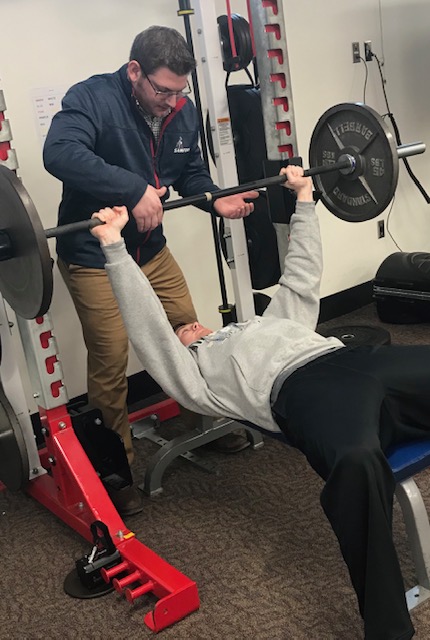 For most athletes, music is a necessity for a motivating workout session. While most gyms and workout classes provide overhead music, research now shows working out to your own playlist might yield better results.

The team monitored 12 men with resistance training experience as they performed a bench press test. The subjects exercised in two sessions, one while listening to their preferred genre of music and one while listening to nonpreferred music. Participants completed as many repetitions as possible at 75% of their 1 repetition maximum with power and velocity of the barbell movement measured for the first 3 repetitions. Following the exercise, participants reported their measured motivation as well.

The men listening to their preferred music not only performed more reps at higher power and velocity while working out, but also experienced higher motivation.

“Music is commonly played over community speakers in gym and locker rooms. While some athletes may prefer the music being played, there are chances that some athletes may not,” Ballmann said. “Based off our data, the athletes that do not prefer the music may perform worse which could impact adaptations. Thus, individuals looking to optimize performance should consider listening to music they prefer while they train. ”

Since its release, the study has been published in the Journal of Strength and Conditioning Research.

Read the abstract on the study