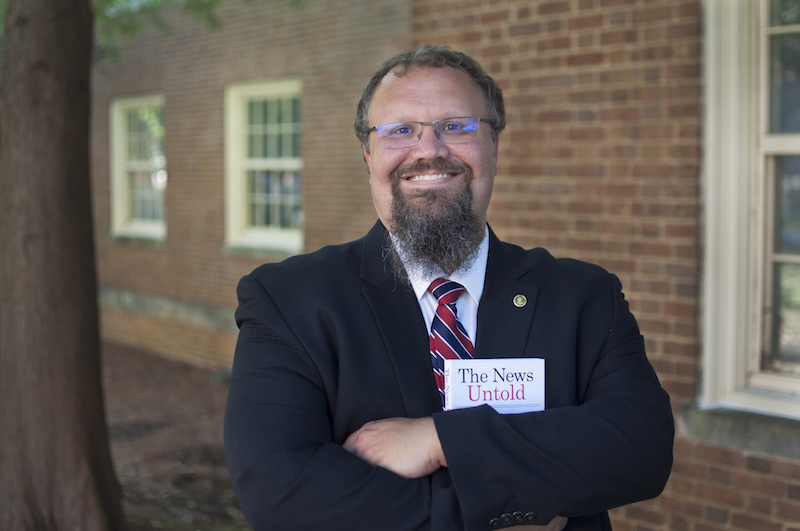 A book by Samford journalism and mass communication professor Clay Carey has earned a second prominent award. Berea College and the Appalachian Studies Association selected The News Untold: Community Journalism and the Failure to Confront Poverty in Appalachia as the winner of the 2019 Weatherford Award for Nonfiction. The award, founded in 1970, honors books that best illuminate the challenges, personalities and unique qualities of the Appalachian South.

Carey’s book was previously honored with the Association for Education in Journalism and Mass Communication (AEJMC) Tankard Book Award, which recognizes the best research-based book about journalism published each year.

Shortly after receiving the latest award, Carey took part in a panel on Poverty and the Press at the annual conference of the National Community Action Foundation (NCAF) in Washington, D.C. The NCAF represents more than 1,000 antipoverty agencies that are actively working throughout the U.S. to address local causes and conditions of poverty.

The NCAF panel examined why poverty remains an under-reported topic, highlighted current efforts by journalists to expand press coverage of poverty, and explored how local antipoverty agencies play a role in telling the human stories of poverty in America–all topics adressed in Carey’s award-winning research.

“One of the arguments I make in the book is that journalists can view people who work at community action agencies and other nonprofits as resources to create opportunities for new voices to emerge in local media narratives about social issues,” Carey said. “Community groups can be important voices in and of themselves, and they can also help empower local residents to share their own stories.”