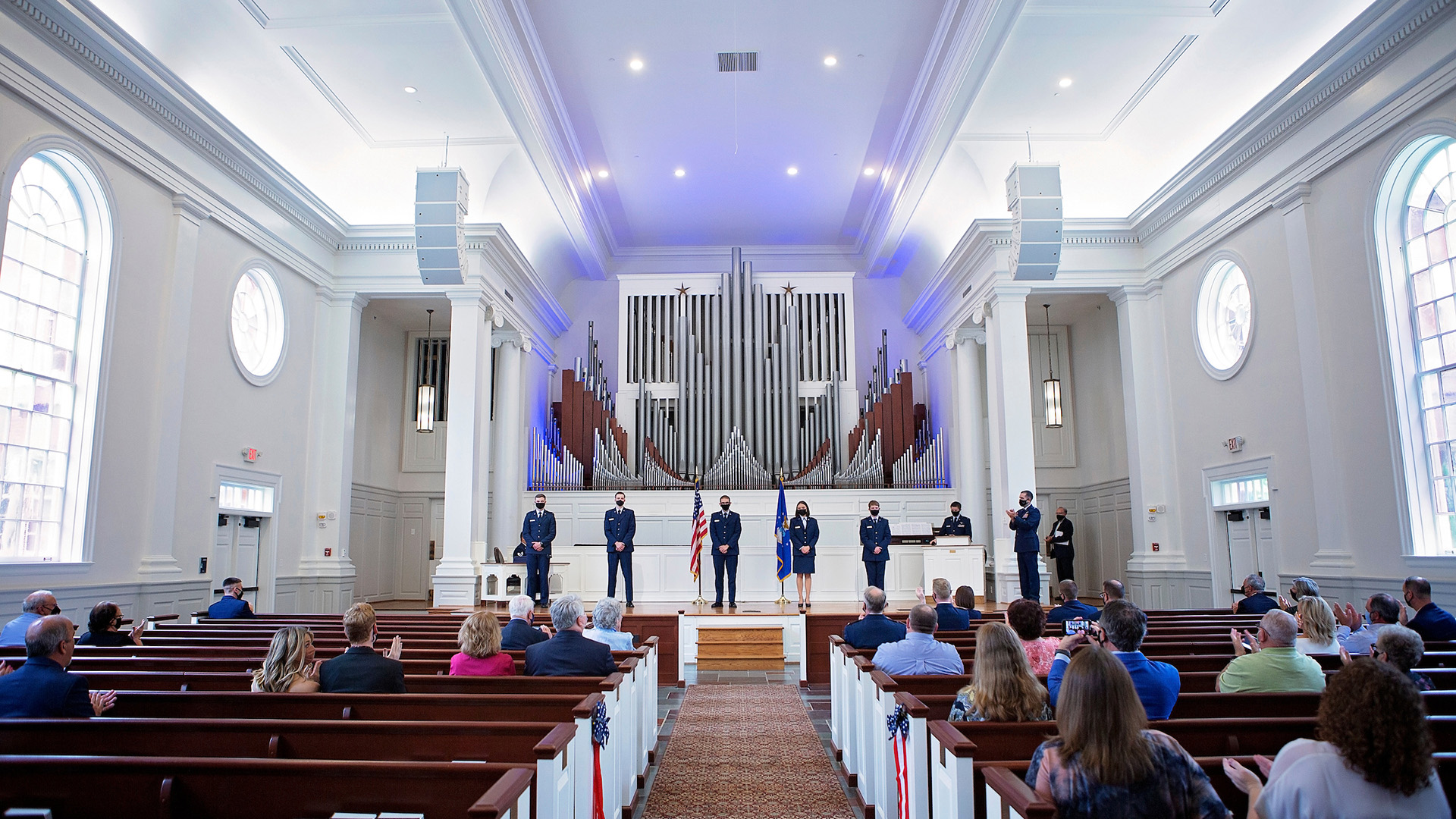 Samford University hosted the spring commissioning ceremony for U.S. Air Force ROTC Detachment 012 on May 10 in Reid Chapel. The detachment, located on Samford’s campus, trains cadets from colleges and universities throughout the Birmingham area.

At the ceremony, six cadets were commissioned. Five were appointed second lieutenants in the U.S. Air Force, and one cadet chose to cross-commission into the U.S. Navy.

Of the six cadets, two were Samford University graduates. 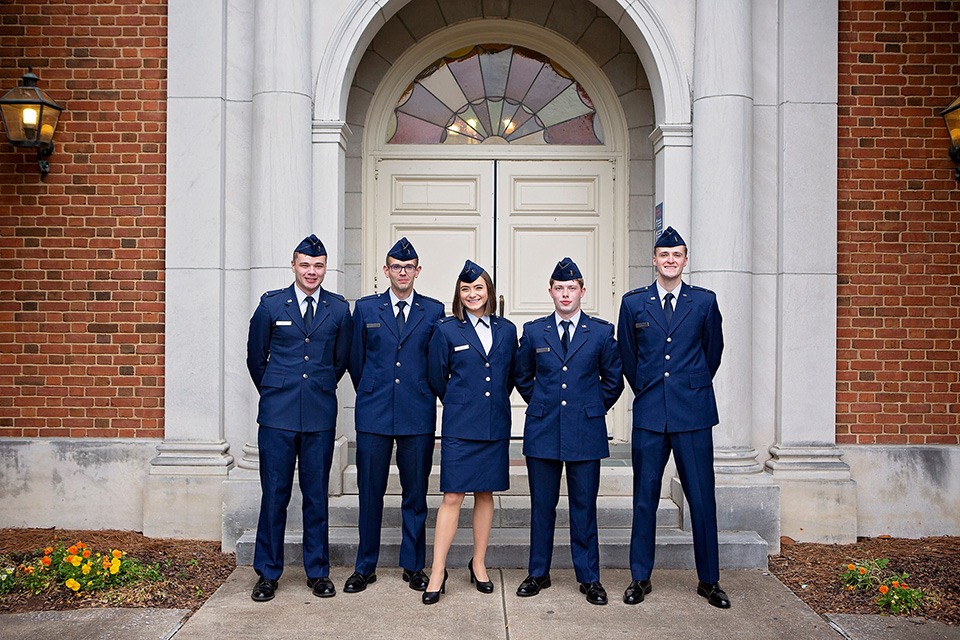 Lieutenant Colonel Josh Payne, commander of ROTC Detachment 012, provided remarks. Speaking to the families in attendance and watching via livestream, he encouraged them to attach themselves to their lieutenant’s journey. “The Air Force did a study, and they found that while we recruit airmen, we retain families. The support they get from their families often determines the length of their service…. You contribute to their success,” he said.

Then, to the newly commissioned officers, he encouraged them to lead from the inside out. “Continue to study your profession. Stay in the books, continue to better yourself and develop your mind,” he said.

Finally, to find success as a lieutenant, Payne said, “Continue to build on what you started here…. Look for opportunities to be more effective and efficient, and resist the status quo. As you go out, be smart, be bold and be humble. And remember, leading is serving.”

Learn more about Detachment 012 at samford.edu/departments/air-force-rotc.