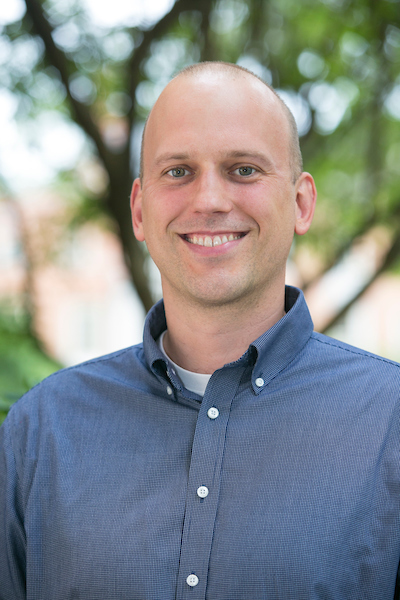 Reeves will spend three months in the Netherlands this summer as a research fellow in the The Epistemic Responsibilities of the University project of the Abraham Kuyper Center. Before coming to Samford, Reeves held a post-doctoral fellowship at the Heyendaal Program on Theology and Science at Radboud University in the Netherlands, so the new fellowship will be a homecoming, of sorts.

Reeves said he will produce two papers as part of the Abraham Kyper Center fellowship. “One will explain the proper role that universities should play in mitigating science skepticism among American Christians,” he said. “This project is addressing a problem that Samford also faces–how to be a distinctively Christian university in a pluralistic and secular academic culture."

Reeves said the second paper will “evaluate the function and value of theology faculties in public universities."

Reeves also has been chosen to take part in the Bridging Two Cultures of Science and the Humanities seminars in Oxford, England. That program, hosted by The Scholarship & Christianity In Oxford (SCIO) organization and funded by the Templeton Religion Trust, fosters in participants the interdisciplinary skills and understanding central to the study of science and religion.

As a participant, Reeves will attend month-long seminars this summer and again in summer 2019. He will have access to libraries, eminent scholars in science and religion, mentoring, workshops, cultural activities, resources for Samford and support for his development of a book project titled Redeeming Expertise: Why Christians Should Take Scientific Experts Seriously. The book will build on his published articles about aspects of the problem of science skepticism among Christian conservatives, broadening his analysis of the problem and offering recommendations for addressing science skepticism.

Samford Math and Computer Science professor Steve Donaldson–Reeves’ co-author for A Little Book for New Scientists: Why and How to Study Science–took part in the first Bridging Two Cultures program in 2015 and 2016. Samford Senior Associate Provost Tom Woolley took part in a similar program, the Templeton Oxford Seminars in Science and Christianity, 2003-2005. All three professors have helped build and maintain Samford’s Center for Science and Religion.
Samford is a leading Christian university offering undergraduate programs grounded in the liberal arts with an array of nationally recognized graduate and professional schools. Founded in 1841, Samford is the 87th-oldest institution of higher learning in the United States. The Wall Street Journal ranks Samford 1st nationally for student engagement and U.S. News & World Report ranks Samford 37th in the nation for best undergraduate teaching and 97th nationally for best value. Samford enrolls 5,758 students from 48 states and 22 countries in its 10 academic schools: arts, arts and sciences, business, divinity, education, health professions, law, nursing, pharmacy and public health. Samford fields 17 athletic teams that compete in the tradition-rich Southern Conference, and ranks 3rd nationally for its Graduation Success Rate among all NCAA Division I schools.
Director of Communication
Holly Gainer
Hgainer1@samford.edu
912-344-8443